Jeff & Some Aliens, the animated Comedy Central show that premieres tonight at 10:30 p.m., shows some promise in first two episodes.

The show’s pilot, “Jeff and Some Honor Killings,” introduces a shlubby human named Jeff and the three aliens sent to observe his everyday life. The episode quickly jumps into a wacky plot about killing Jeff’s dad that I found to be quite entertaining. While some good jokes are delivered, most fall flat.

The second episode (catch it January 18), “Jeff and Some Energy Trading,” improves on the show’s core concepts and offers a more entertaining plot and better laughs. I’ll admit I cracked up when there was an adult body with a baby’s mind.

Let’s be honest, if other animated shows like Brickleberry or TripTank just aren’t your thing, this will be a disappointment.

While this show is by no means a masterpiece it does show some promise. Throughout its ten episode season, it has the potential to provide wacky humor and gain a small fanbase. 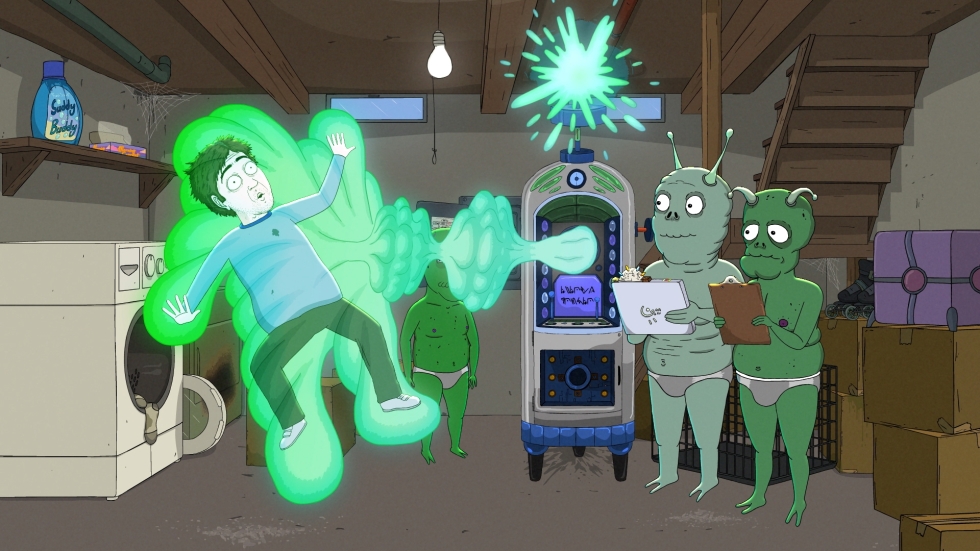