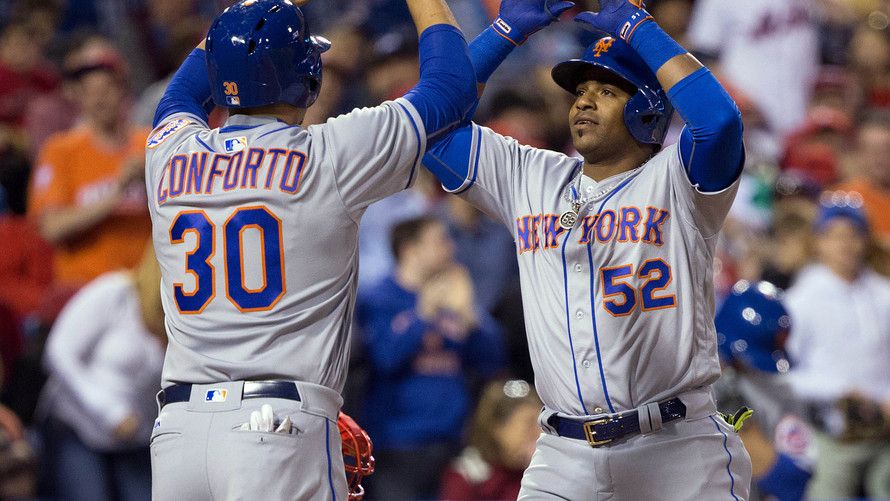 As of late, the Mets’ outfield situation has been a bit hectic. The Mets have four starting outfielders for just three spots. Yoenis Cespedes, Michael Conforto, Curtis Granderson and Jay Bruce will all be competing for the starting job. Here are my thoughts on how the club should handle themselves:

The obvious spot belongs to Yoenis Cespedes, the star of this Mets offense, who New York signed to a four-year, $110 million contract in November. Cespedes led NY to the World Series just two seasons ago, and was the lone elite hitter on an anemic offense last season.

Just a few months ago, it seemed possible that neither Curtis Granderson nor Jay Bruce would remain a Met for the 2016-2017 season. Bruce was picked up in a trade from the Reds late last season, and played awfully in the second half after coming to the Mets, with just five home runs and 19 RBIs in 50 games. His abysmal slump ended far too late, ultimately allowing the Nationals to run away with the NL East. Bruce may be the toughest guy to find a starting role for, as he has just one year left on his contract, and doesn’t have too much potential. Last year’s performance won’t help his standing either.

Granderson has always been a fan favorite with the Mets since coming over from the hometown rival Yankees in 2013. He had the best season of his career in 2015. Curtis became the primary lead-off hitter for the Mets, and led the team in many key categories, such as runs scored, hits, stolen bases and on-base percentage. His production fell off last season, but all we will remember from his 2016 is the catch that – momentarily – saved the season in the Wild Card elimination game against the San Francisco Giants. 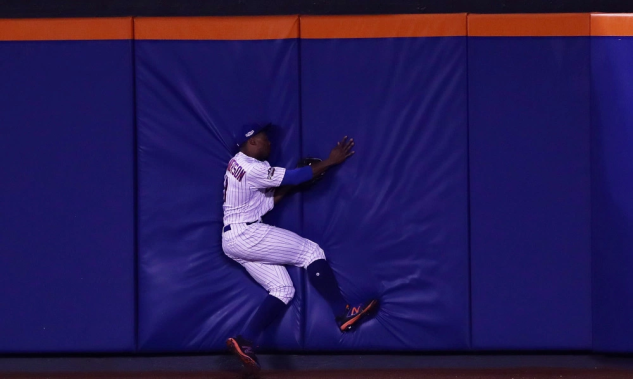 In late December, reports emerged that New York was shopping the two veteran outfielders, hoping to trade one, if not both. Possible candidates included the Orioles, the Blue Jays and the Pirates. All talks eventually fell through and the Mets were left with both still occupying spots on the roster.

The most intriguing member of this position group though is Michael Conforto. The 23 year old corner outfielder has showed glimpses of stardom, namely his two home run showing in Game Five of the 2016 World Series. But he has also shown how terrible he can be. Conforto has never been able to hit lefties, and even after a stint in the minor leagues in middle of last season, Conforto still has yet to show he can.

As a young player, the Mets have the option to move Conforto down to the Minors once again. His agent Scott Boras is extremely opposed to such an approach, saying that “Michael has shown that he has the talent level and is ready to establish himself in the major leagues,” in an interesting statement, in which he compared talent to chocolate cake. Either way, the Mets are in a very difficult position with Conforto. He is a bright young talent, and he does have the ability to be a star. But his recent showings against lefties are truly horrific and if he wants an opportunity, he will have to improve.

Most fans are convinced that this is a very fortunate position for the Mets to be in. Four capable outfielders! However, when all these athletes want playing time, manager Terry Collins is going to have a tough job finding roles for all of them.

What would I do?

If I were Collins, I would have Conforto start only against righties, and have him ready as a replacement in case of injury. There is also a chance that he winds up playing First Base. This might be the best of both worlds as Conforto will have the chance to prove himself in the MLB, and will get the experience that the young talent needs. 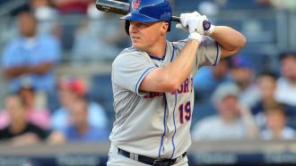