NBC’s new (and first of it’s kind) comic book comedy Powerless isn’t afraid to constantly remind us of its place in the ever-expanding DC universe. Here’s a list of all the references we found in the pilot.

During Emily Locke’s backstory montage at the beginning, we see she previously worked at Retcon Insurance.

We see a brief glimpse of Starro, the telepathic starfish, blasting away atop a tower.

Powerless is about people trying to survive in a world of superheroes and supervillains.

We also see the characters try to copy some pieces of Lexcorp’s tech.

When Teddy tries to summon a wizard he shouts “Shazam!”

One character asks why superheroes sometimes fight each other for ill-defined reasons.

When the camera pans over Charm City, a tower with a large “T” emblazoned on it is visible. 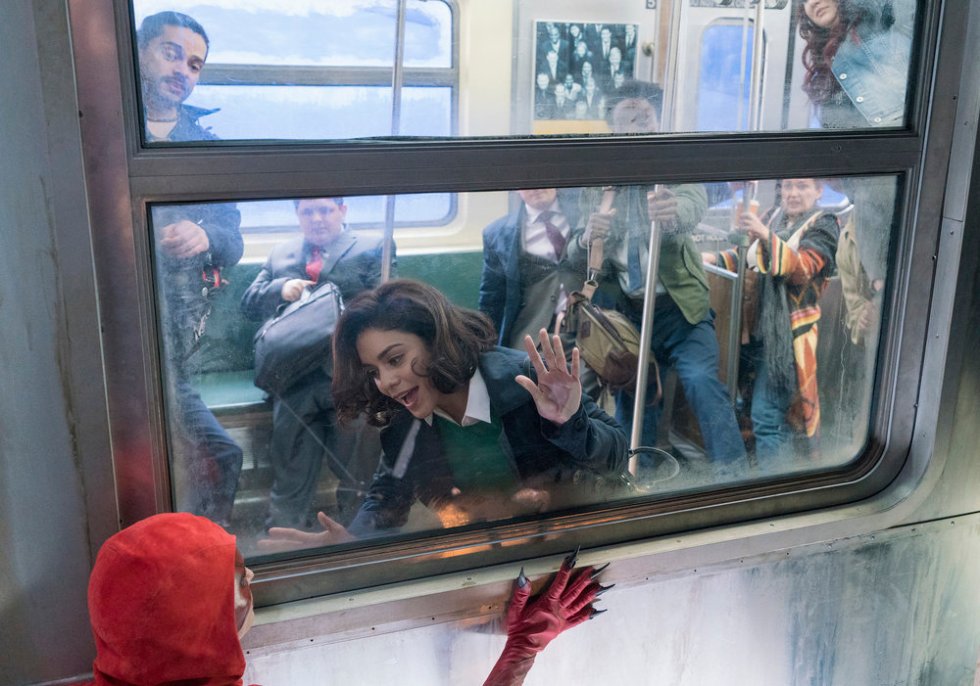 Leave a Reply to most accurate psychic readings Cancel reply