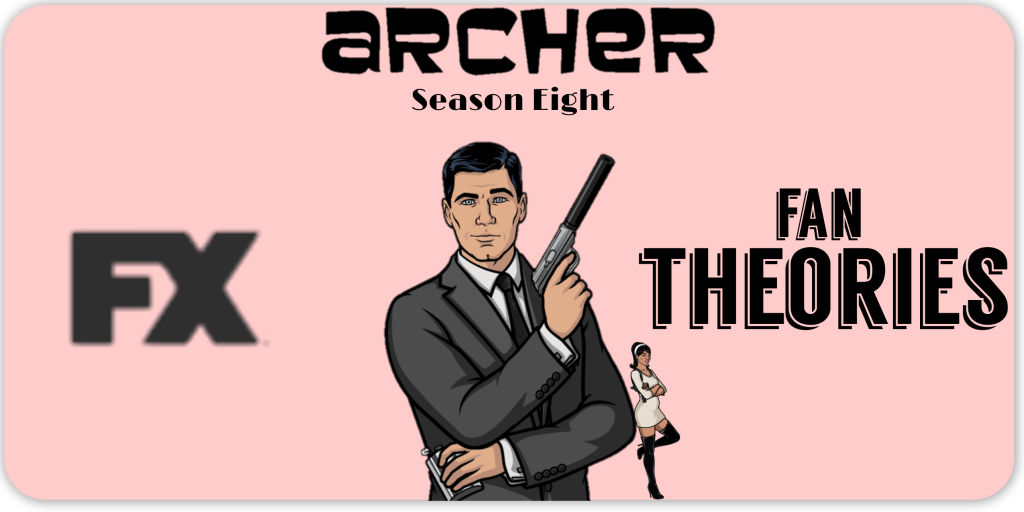 Archer definitely encourages fans to piece together the story’s puzzles. There are so many unanswered questions. “Who is the gypsy woman?” “Why does Cheryl even work at ISIS?” Here are our five favorite theories:

5) Cheryl is in Love with Archer

This theory definitely has some weight to it, although it’s unclear if the writers will keep this gag going. Throughout the series Cheryl sleeps with lots of guys, but if you keep track of them you’ll notice that most of them (Conway, Cyril, and Barry, to name a few) have one thing in common: Archer hates them. Maybe Cheryl is just sleeping with them to make Archer jealous. Another strange detail is the fact that Cheryl really has no reason to work at The Figgis Agency or ISIS. She’s a billionaire and has no need for more money. Lana even points this out and asks at one point asks Cheryl “Why do you even work here?” In the opening credits each character is accompanied by an object. Cheryl’s is a broken heart, possibly alluding to the fact that she has a crush on Archer who doesn’t love her back.

4) Boris From the KGB is Actually a Genius

In almost every season, Boris is seen correcting other people’s grammar and the like. This comes as a stark contrast to the rest of his personality. To put it mildly, he is usually extremely non-intelligent. My favorite part of this theory is that Boris and the elevator repairman from ISIS look extremely similar. Maybe he’s secretly Boris undercover?

This theory posits that when Archer’s lacrosse career was ruined by a stalker, he wanted to become a spy. His mother Malory created ISIS to fulfill his dream. She’s been creating fake Bond-style missions. The producers actually lend weight to this theory by slipping in discreet dialogue where characters wonder how ISIS is even legal. “Are we actually achieving anything on our missions?” one asks. ISIS’s shut down at the end of season five proves without a doubt that Malory had no authority to start a spy agency.

This theory is a mix of The Truman Show and Groundhog Day. It is barely believable though, partly because the creators probably use this running joke purely for laughs. Archer breaks the “fourth wall” at least twice. Once when Malory asks “What year is it?” and Sterling looks at the camera and replies “Haha, I know, right?” The other time is when Archer and Burt Reynolds are in a car chase and he questions the flashback clip: “Did we just reuse that footage?” Secondly, Archer doesn’t care about his safety as much a sane person should. The reason for this is that he knows he is on a TV show and cannot be mortally wounded. No matter how reckless he is, he knows that in the end everything will turn out fine. Actually, Cheryl hears the theme music in one scene. This really makes you wonder which characters know knows they are starring in a hit comedy.

After ISIS is shut down, a source of income is needed. Malory and Archer decide to direct and star in a Hollywood blockbuster, which would explain the setting for this past season. If you re-watch the last episode you will notice a lot of the lines said by the detectives are reused. Granted, that could be for comedy purposes, but they are using exactly the kind of lines that Archer and his friends would say, leading us to believe that they used one-liners from their own lives to write the script. More proof? If you listen closely to the first and last scene where Archer is lying dead in the pool you will realize that the dialogue is completely different in the two. The second scene might have been a re-shoot! One Redditor pointed out that when the two detectives left to call the medical examiners one of them dropped his cigarette into the water. No real detective would ever do that because it contaminates the crime scene.

We can’t wait to see what this noir season of Archer has in store!