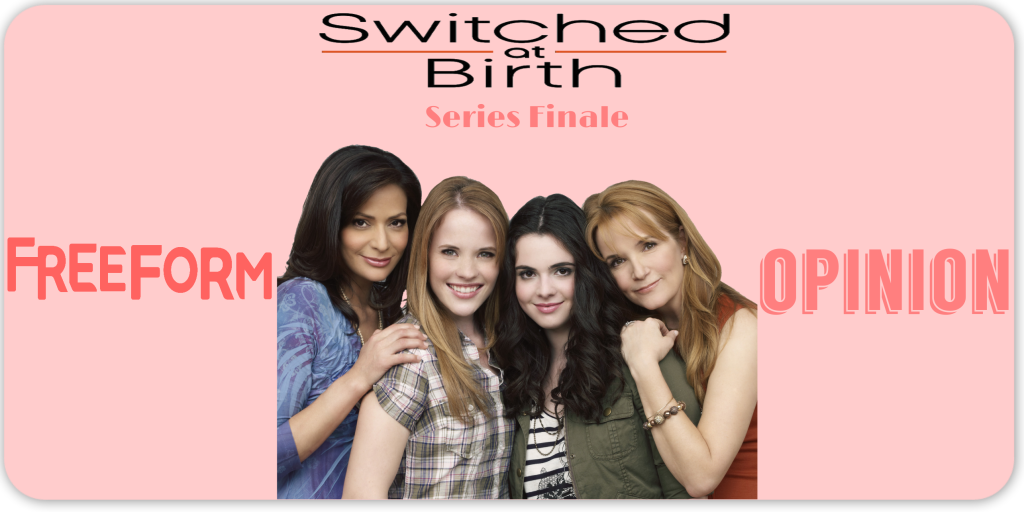 Tonight we say goodbye to Switched at Birth, a unique show that introduced its many fans to sign language. The show premiered on what was then ABC Family, and is now the Freeform network, in June 2011. According to press releases, it was “the first mainstream television series to have multiple deaf and hard-of-hearing series regulars and scenes shot entirely in American Sign Language.” The show started off strong. Its debut was ABC Family’s highest-rated series debut to date. The series won an honorary Peabody Award in 2013, recognizing its distinguished and meritorious public service.

Over the last six years, we have seen two families become one. As Bay Kennish (Vanessa Marano) learned she was really the biological daughter of Regina Vasquez (Constance Marie) and Angelo Sorrento (Gilles Marini) and Daphne Vasquez (Katie Leclerc) discovered she was truly the daughter of John (D. W. Moffett) and Kathryn Kennish (Lea Thompson), they navigated many challenges in blending families of different ethnic and social status. We met their siblings (Lucas Grabeel as Toby Kennish), their varied boyfriends (too many to name all, but Ryan Lane as Travis Barnes and Sean Berdy as Emmett Bledsoe deserve some recognition), their school friends and faculty, and their employers.

The show succeeded at first because it had a compelling story line even without the added plots about the deaf community and sign language. It was a good family drama that was only more interesting because of the added complexity of bridging the deaf and hearing characters. As with many shows that begin with high school age characters, the show has struggled somewhat with how to develop the main characters as the sisters grew and made life decisions. The parents needed more independent plot lines, some of which succeeded better than others and many new characters were introduced as the girls went to college or tried to find their way in the work world.

When it was announced that this season would the final one, I expected more of a focus on the nuclear families that make up the core of the show. Instead, many new characters and various new storylines were introduced in the (only) nine episodes that made up this season. A trip to China, a new employer for Bay, a new love interest for Regina and maybe for Daphne, a meetup with a transplant recipient who had received Angelo’s heart, made for some very disjointed episodes. Trying to cover all of that while also showing Emmet’s depression, Travis’s reengaging with his mother and dealing with his past, Toby’s new marriage and his son with Down’s Syndrome left us with none of the stories explored in depth (what happened with Toby’s gambling addiction?) and left me feeling unsatisfied.

I’m wondering how they will tie up so many loose ends in one 90-minute finale. Will Emmet even be in the episode? Some sneak peaks show the characters reflecting on the last five years – will they have time to do that and still show us where some of the characters decide to go next?

I’m happy ABC took a gamble on a different kind of show six years ago, and have enjoyed the journey. I just hope I am satisfied by its conclusion. 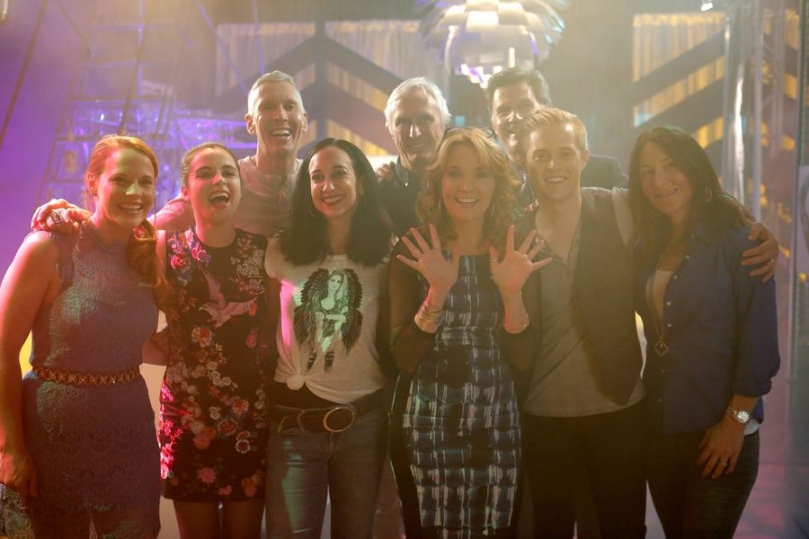