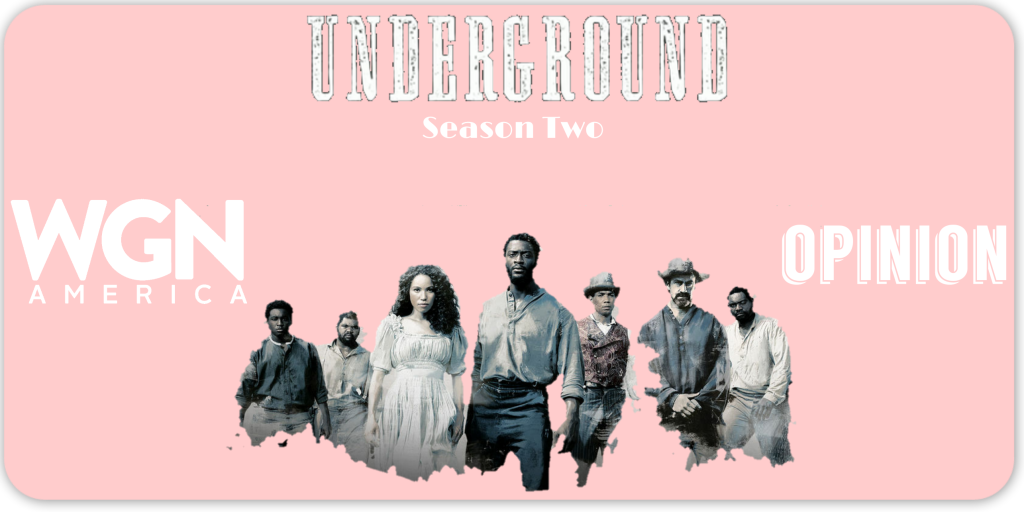 Viewers also experience the story of the hunters tracking runaway slaves. The character August has made his living through leaving his family behind in search of the reward money of bringing in fugitive slaves.

Elizabeth and John are abolitionists who find themselves deep in the Underground Railroad, risking their own lives to transport “cargo” through their home along the Ohio River.

If you are stickler for historical accuracy this show may not be for you. I don’t know much about the real-life Underground Railroad, but I’m guessing this show has flaws. Plus, the show features modern music, which I think is a cool effect, but could bother history buffs.

Still, this show is important. If you have free time, definitely add Underground to your list.

[Editor’s Note: Huge thanks to Jessica Biwer from Miss McGee for this guest post! Check out her site for more great content!]