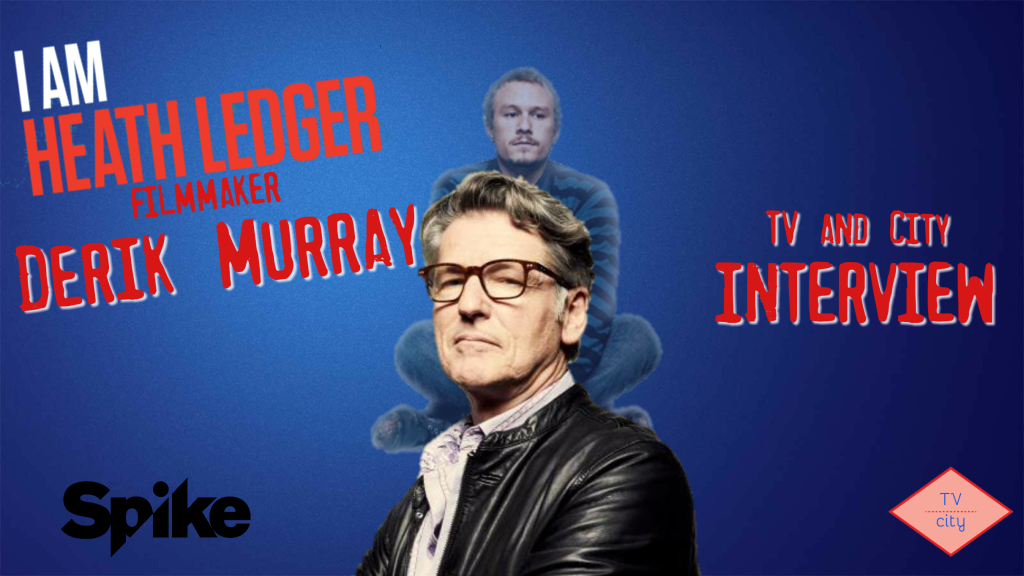 I Am Heath Ledger premieres May 17th, 10pm on Spike.

Derik Murray’s 90-minute documentary remembers the late Oscar-winning actor, largely through never-before-seen footage from Ledger’s own home movies and interviews. We recently spoke to Murray over the phone about the messages and challenges of the new film.

What drew you to Heath Ledger as a documentary subject?

In the past, we’ve done films on many iconic characters: Muhammad Ali, Steve McQueen, JFK Jr., and Chris Farley, to name a few. Heath Ledger was one of the bright stars of his generation that caught our attention, but to be honest, he kind of stayed on our list for a while because we just didn’t know enough about him. We started to research a little bit further, and saw who he was behind the screen. What intrigued us was when we learned the he, in fact, was this artist that had an incredible passion for photography, film, and music. His goal, we learned, was to become a director. Nobody knew that! When we spoke to friends and family, we learned he had documented his journey. He had taken a camera with him behind the scenes on movie sets, when he traveled, downtime. He used it as an acting tool, creating short skits. The camera became his acting coach; he never enlisted for lessons. He had no formal training. The camera showed him the nuances of his various expressions. Once we went through this material, we saw this was irresistible. This was a movie we wanted to make. I said in the editing suite, “Heath became a co-director of this movie.”

Were there any major challenges in completing the doc?

As I’m sure you know, there’s a lot that goes into any movie. Here, we never have enough time. 90 minutes sounds pretty fabulous at the beginning, but you’d like to have 180 minutes. You’re always challenged creatively, and from a production standpoint, to actually make it happen. This film was no different. I would say that we had such an amazing collection of Ledger’s archives, so many brilliant interviews, that quite frankly, the biggest challenge was getting it down to the 90 minute mark. It’s the curse of every filmmaker I think and it certainly was in this situation.

Do you have a personal favorite Heath Ledger role?

I think the Joker is a certainly a character that in many ways is not a person, on a planet that doesn’t recognize his brilliance. Ledger stepped into the dramatic arena with that franchise, and absolutely stole the move. I don’t think there’s any doubt it. But Ben Mendelsohn says it best in our movie. For a young man, a heartthrob, a movie star, to step into the role of a gay cowboy – a cowboy is one of the greatest American figures – just to take it on was amazing enough. But the performance, and the way he transforms himself throughout the movie, is staggering, truly staggering. Both Heath and Jake [Gyllenhaal] are fantastic, but I don’t think everybody realizes the nuance in their performances. Ledger occupies that character in a way where the audience doesn’t feel like there’s a second of acting in that movie. Director Ang Lee emphasizes the abilities of Heath Ledger.

What do you hope audiences take away from this film?

It’s a very emotional journey, particularly at the end of our movie when you feel the loss of Heath. Not because we give the facts and figures of his death, but because we take right there with those who lost him on that day, in that moment. He took risks. We talked above about Brokeback Mountain. He took a risk with that role. The truth is, he took risks his whole life. He stepped away from his friends and family at 17. They meant everything to him, as you’ll see in the movie. By 19, he had a starring role in Hollywood. His goal was to learn from the directors he worked with. Heath was known for saying “Don’t be afraid to fall.” I think that was his mantra really: Go for it. Take that risk. People say you’re not creative? To hell with them! Pick up a camera, pick up a paintbrush, pick up a guitar, and express yourself. We don’t spell that out for you, but certainly that is the inspiration behind the movie.

This is your sixth I Am movie. Any idea of who’s next? Or are you working on something else?

Sam Kinison is coming in the fall, which is going to be a ride. A very different journey than Heath Ledger, very different. MLK Jr. is coming out in January. We’re deep into production for both of those now. That’s the relationship we have with Spike. They’ve been so supportive, and are right behind us telling these amazing stories. Tribeca Film Festival, where we premiered, was amazing. Sold out screenings, every single one. I was getting texts from friends that I had given tickets to who couldn’t get into the theater. I’m definitely pumped for the television premiere, May 17th on Spike.