Welcome to the first edition of the new and improved New York Sports Update. Once every month, TV and City produces this column filled with ideas and notes about the happenings in New York sports. Topics may range from the controversies, trades a team should make, or even specific players and analysts. Without further ado, let’s begin our May 2017 roundup.

I was thinking of devoting an entire article to this topic, but given this is my first time writing NY Sports Update, I figured it would be the perfect way to start. Locals have heard a lot about this issue, as it is constantly being raised by the New York media when discussing the Mets. But why haven’t we heard calls for the training staff to be fired? All I hear is people discussing the insanity of how time and again Mets players get hurt at the most inopportune times. Yet nobody speaks about who is to blame. Can we really continue to call it “bad luck”?

Year after year, season after season, the Mets have been plagued by injury. It’s a lot of fun to say that the Baseball Gods are plotting against them, but in truth there is only one thing stopping the Amazins from winning; the most dreadful staff unit of all time.

Since 2004, Ray Ramirez has helmed the position of head athletic trainer and Dr. David Altcheck has been the medical director for the New York Mets.

According to an article written by the American Journal of Orthopedics, from 1998 to 2015 the average MLB team sent just 15 players per year to the DL. Under the guise of Ramirez, the Mets have had 259 instances of sending a player to the Disabled List. That evens out to about 20 injuries per season. While this discrepancy may not sound like a lot on the surface, that’s a huge difference when discussing the minimal difference in talent between teams. Every player matters. When the majority of your players are sitting out at some point in the season for 13 straight years it can no longer be chalked up to bad luck; it’s a trend. 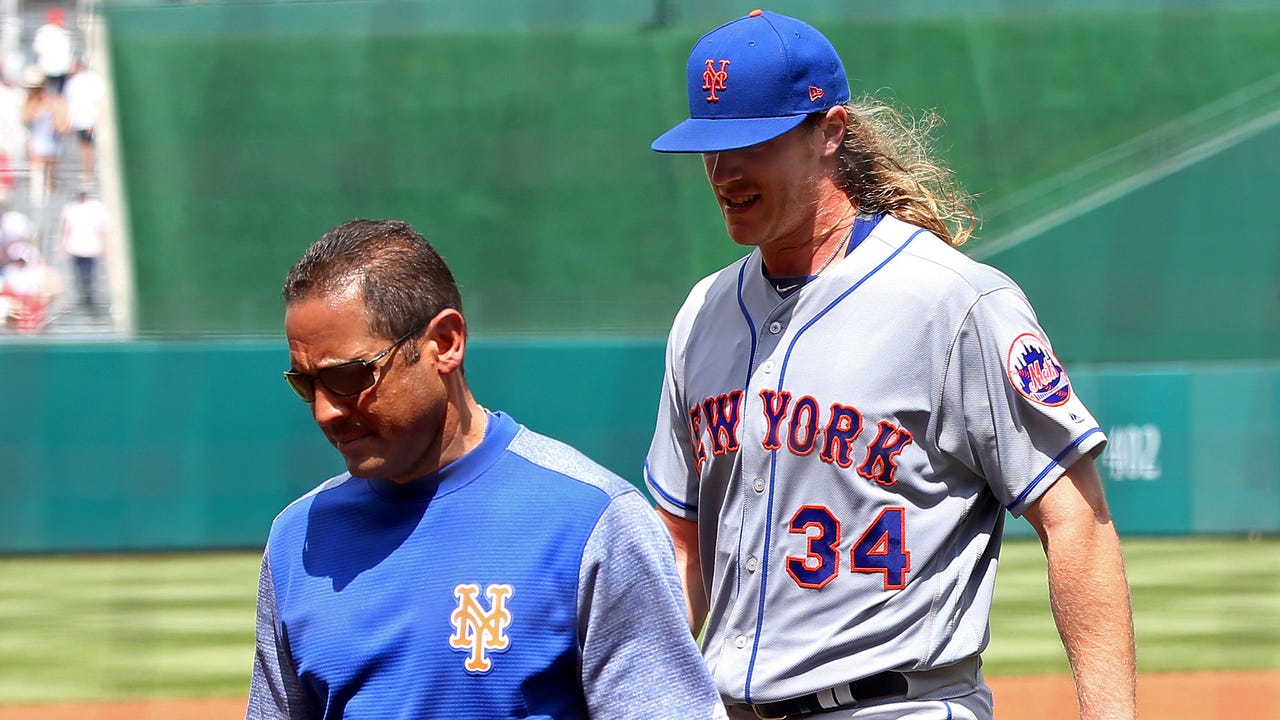 Not only have the Mets been dreadful in regards to amount of injuries, the team also suffers worse than any other in importance of players lost. A statistic called Injury Impact To Team shows that since 2010, the Mets have ranked the highest. Perhaps the Baseball Gods are doling out punishments on the training staff for being so bad at their job. But it’s really simple math. When a team’s players go down with injury so often, it’s only obvious that some of their best players will go down as well. With the Mets, it’s an epidemic, not a curse.

Since Ramirez and Altchek were hired, the Mets have cycled through three managers (Willie Randolph, Jerry Manuel, and current manager Terry Collins), and two general managers (Omar Minaya and Sandy Alderson). But these guys continue to keep their job. How is that even possible?

It would be one thing if these injuries were flukes, like a player getting hit by a pitch, or some other unlucky off-the-field mishap. (Think Joba Chamberlain trampoline incident in 2012, or Trevor Bauer’s drone accident before last year’s ALCS.) Those are injuries that are beyond the control of an organization and not something that can be prepared for. But those are not the type of injuries Mets have players have suffered. Hamstring issues and muscle tightness have long been the biggest problems facing Met players. According to a study, hamstring injuries account for 6% of all injuries. But the Mets have had 30 players complain of hamstring pulls or tears over the years. That’s 8.6% of DL moves listed with a reason, and also doesn’t take into account the muscle strains that Mets players have suffered from. These kind of injuries are not fluky and are bound to happen when the training staff doesn’t do their job correctly. I’m not sure whether it’s a stretching issue or something else, but clearly Ramirez isn’t doing a good job of getting his team in top shape to play.

The Mets also have a painful history of misdiagnosing and mistreating their injured players. The Ryan Church concussion saga is classic Mets, and the recent Noah Syndergaard MRI disaster are just two of the dozens of examples of injured Mets being irreparably damaged by bad medical decisions.

13 years is a long time. Since Ramirez and Altcheck were employed by the Mets 13 years ago, New York has seen Alex Rodriguez go from fan favorite to public pariah to surprisingly good commentator for Fox Sports, Eli Manning (!) win 2 Super Bowls, Odell Beckham become the king of the city, the Rangers become a perennial playoff contender with The King, Henrik plateau , Derek Jeter tie the knot, and the Butt Fumble. Yet one thing stayed the same throughout it all: the Mets are ALWAYS injured.

Albert Einstein once said “The definition of insanity is doing the same thing over and over again and expecting different results.” The Wilpons embody this definition of insane by keeping Ramirez around, and Mets fans continue to suffer because of it.

Earlier this month, with the highest odds of any team (25%), the Boston Celtics won the NBA draft lottery, and received the #1 pick in this year’s draft. For Nets fans, this is just icing on the cake for the worst trade in Brooklyn’s franchise history. Here it is:

So this year, the Nets will lose the opportunity to draft Markelle Fultz, who’s being dubbed as a once-in-a-generational talent. With his elite jump shot, quick feet in transition, and a high basketball IQ, Fultz’s ceiling is extremely high. The Nets could’ve had him.

Not only did former-GM Billy King send away this year’s pick, as Boston will also receive next year’s 1st rounder, and it’s highly unlikely that the Nets improve. It is a real possibility that Brooklyn gave away last year’s third overall pick (Jaylen Brown) and two #1 overall picks for the aging bodies of Garnett, Pierce and Terry.

Piece of advice for all GMs out there: If your team is the one giving away a handful of future assets in a trade, you’re going to live to regret it.

The 6’7 behemoth right fielder has outshined all of the other “Baby Bombers” and is living up to his massive potential. While he has certainly cooled down in the last few weeks, Judge has been an absolute beast at the plate. Through his first 24 games, Judge put up Ruth-ian numbers, mashing 13 homers and racking up 27 RBIs. His fielding has been pretty impressive as well, as he robbed a Manny Machado home run and made an incredible diving grab on an Evan Longoria line drive a few nights ago. He is currently second in Most Defensive Runs Saved by a Right Fielder, behind only Jason Heyward. Yankees fans even gave him his own stadium section, called “The Judge’s Chambers.” Judge is a beast, and if he can continue hitting like this, the Yankees may have a real shot at the playoffs.