Gerald’s Game can be best described as the product of combining Black Mirror with a Cialis commercial. From the preview of Gerald’s Game I was intrigued only because it was adapted from a Stephen King novel. The story looked semi-interesting; a middle-aged couple is attempting to rekindle what they lost through years of marriage and in doing so the husband suffers a heart attack leaving his wife handcuffed to a bed with no one to help and only her will to survive. By that tease alone, this film is already perfect for Netflix’s seemingly endless shelves of mediocre and forgettable films that you are so accustomed to cycling through in order to find something remotely tolerable to play as background noise, however, Gerald’s Game turns out to stand out slightly more.

Right as the film reaches the 20 minute mark it takes a sharp left turn from what you think is a familiar survivor-esque movie into something that not only sends the heroine but also the viewer down the rabbit hole to an unknown place. What follows is an intense mind game that has many twists and turns that are strange and uncomfortable, but are nevertheless interesting enough to completely change what the viewer thinks the movie is about into something else entirely. It’s a move I honestly didn’t see coming in the least and from that moment forward I was completely hooked as to where the story would lead me.

What impressed me most was the main actor’s ability to carry a film, specifically Carla Gugino, in such a manner. Carla’s Jessie was handcuffed to the bed for most of the film forcing her to portray an array of emotions in a unique way without any real props or people to play off of. Without risking spoilers for those like me who aren’t familiar with the novel, the film manages to become an interesting and intimate look into Jessie’s life as she is staring at a certain slow death and how she begins to inventory her life’s worth and the decision-making that lead her to this point. It’s in this situation that the film makes its dramatic turn towards a place of uncertainty and strangeness that kept my attention.

Where the film falters in its ending. Not only did it feel like a rushed payoff to a story that you have invested so much time into, but when truly thought out it seemed like such a disjointed finish to an otherwise solid story. It didn’t completely derail the entire movie, but it was a big enough diversion where I found myself thinking that I liked the film all the way up until the last five minutes. Gerald’s Game did a great job of lulling you into a place of familiarity, turning that feeling completely on its head so you are unable to look away and then instead of going in for the gut punch to knock you off your feet it quickly runs away with nothing more than a whimper shortly before the credits. This dilutes the overall experience to still be a recommendation for watching, however, within certain parameters. Gerald’s Game was a decent watch and one that I could recommend if you had nothing else to watch, but ultimately I could see it being lost in Netflix’s robust catalog of similar films as time passes. Even further still, I will honestly never look at Cialis commercials the same way again. 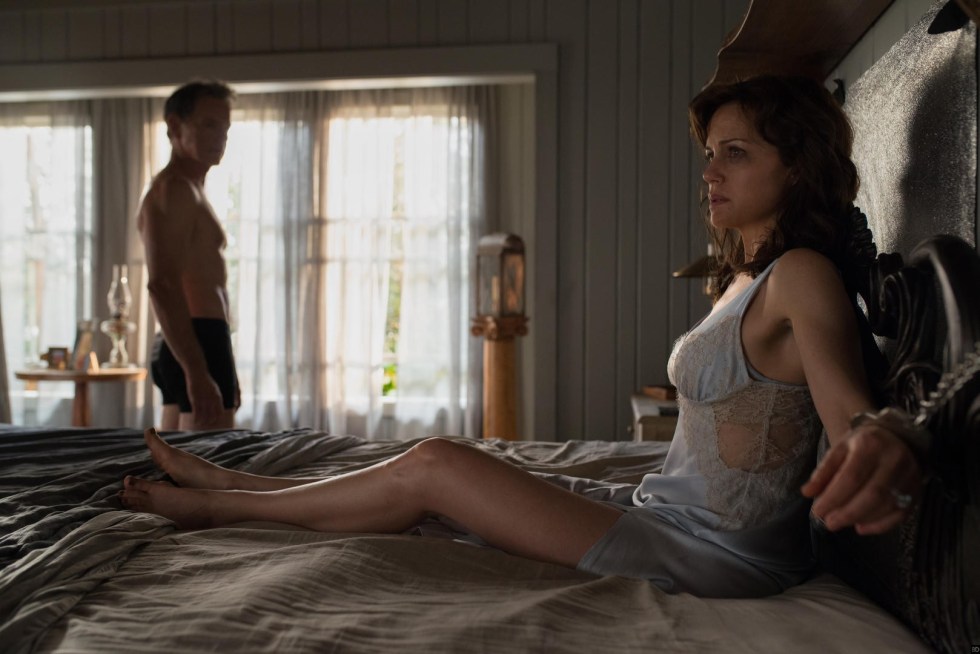