While it is easy to confuse the Inhumans and the X-Men, Marvel’s other group of powered people, the main difference is how they got their powers. Inhumans have existed for a long time in the comics and were recently introduced to the masses during the last two seasons of Agents of SHIELD. A theatrical film was also in the works but has since been scrapped. Now the characters have an eight-episode television series of their own.

The two-part pilot does a poor job at introducing both the characters and the setting. Although this might be fixed down the line, the writers failed in their core duty of allowing the viewer to get invested in the story.

These Inhumans live sheltered in the hidden city of Attilan, on Earth’s Moon. They are ruled by King Black Bolt (Anson Mount) and his wife Medusa (Serinda Swan). When Triton (Mike Moh) is sent to Earth to help any emergent Inhumans caused by the worldwide Terrigen contamination of Earth’s water supply (from the third season of Agents of SHIELD) and is apparently killed, Black Bolt’s brother Maximus (Iwan Rheon) uses the event as a reason to stage a coup, taking over Attilan and plan a return to Earth. The rest of the Royal Family is banished to Earth, and the fun begins.

Almost everything about the show feels cheap and bland. The costumes and set design were lackluster and the special effects and CGI were mediocre. The superpowers fans loved on the comic book pages have translated to the screen terribly and look lame. More than anything, the poor writing and direction make this series unwatchable.

The lack of an introduction and any development whatsoever made all the characters come off as thin. The fact that Black Bolt doesn’t talk was incredibly frustrating to watch, as he’s forced to communicate using a series of gestures and facial expressions. The problem with this was that this failed to convey any emotion or enough discernable information to understand what was going on with him or the story as a whole. This was meant to be comedic, but it did not work at all. Maximus was not particularly interesting. Medusa and the other characters aren’t even worth mentioning.

The acting wasn’t great either but was mostly a by-product of the terrible writing and direction than anything else. The dialogue was atrocious and the performances came off as wooden.

Even Marvel diehards might want to give Inhumans a pass.

I give Inhumans a D-. 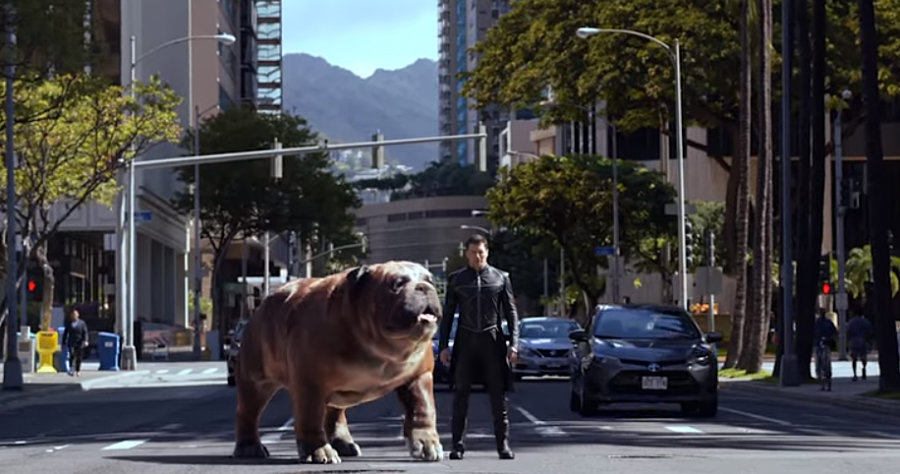