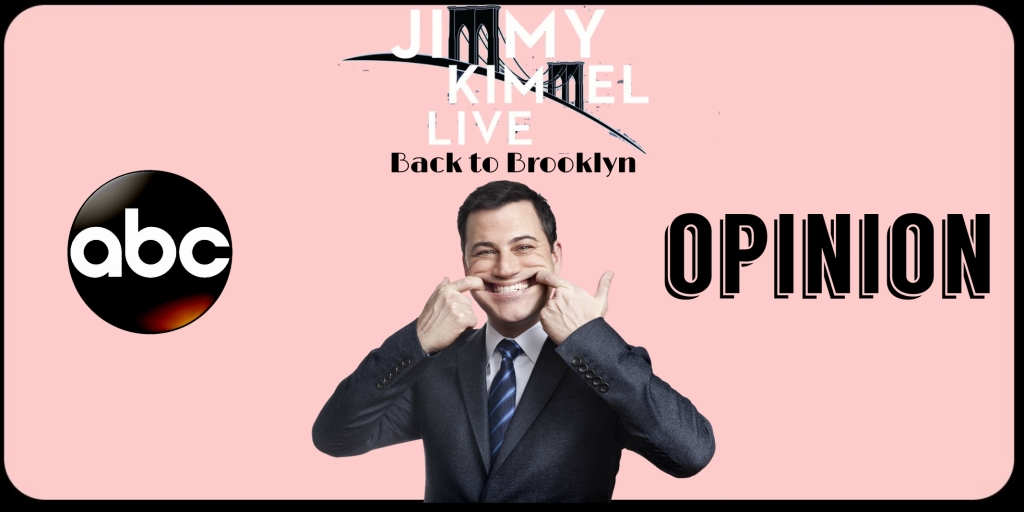 Jimmy Kimmel Live!: Back to Brooklyn begins October 16th with the final show on October 20th, 11:30pm on ABC.

Los Angeles-based Jimmy Kimmel returns to his hometown of Brooklyn, NY for a week of broadcasts. This isn’t the late night host’s first trip back to the borough; he also took his talk show on the road in 2012 and 2015. Still, many on the East Coast will be clamoring for tickets, particularly this time around, due to Kimmel just now emerging as a frontrunner in the late night ratings war.

As Kimmel began to intensify his anti-Trump view and ridicule the President more directly, he bolted into second place. Now Jimmy Kimmel Live! is right behind The Late Show with Stephen Colbert, while the well intentioned but out of touch Tonight Show with Jimmy Fallon slips further into third. Even with this recent boost in viewership, there are rumors that Kimmel will be leaving ABC when his contract is up at the end of 2019.

Jimmy’s lineup of Big Apple guests include Amy Schumer and DJ Khaled on Monday, David Letterman and Fifth Harmony on Tuesday, Howard Stern and Cardi B on Wednesday, and Billy Joel and Tracy Morgan on Thursday. Woody Harrelson and Tony Bennett will close the show on Friday.

Highlights from Kimmel’s previous visits to Brooklyn include a tour of his childhood home, a visit to the Bronx Zoo, and other field pieces. Expect to see the return of the ‘Hipster or Hasidic?’ segment, where the audience guesses if the person on camera is a hipster or ultra-Orthodox Jew based on beards.

While New York has plenty of late night shows of its own, it’s always nice to see a fresh face. Brooklyn welcomes Jimmy Kimmel home!