I Love You, America airs Thursday nights, only on Hulu.

It’s unclear who Sarah Silverman’s new talk show is for. I Love You, America isn’t particularly funny, so fans of Silverman’s stand up can give it a pass. Political junkies can also tune out, since the show doesn’t try keeping up with specifics of the rapidly changing new cycle. Conservatives will call for a boycott of Hulu, while liberals will hate how the show’s focus is reaching across the aisle and thereby normalizing extreme views. Additionally, the majority of the country is not using a streaming service to find new late night offerings.

In fact, Silverman herself admitted in the first episode that she doesn’t really know what I Love You, America will be. The format might change from week to week and the tone can wildly vary from segment to segment. That doesn’t sound like the mark of quality television.

What we’ve seen so far isn’t too promising. The half hour has yet to enthrall us. The jokes and well meaning field pieces have all fallen flat. Interesting guest interviews, like one with a former Westboro Baptist Church member, save the program from putting us to sleep. 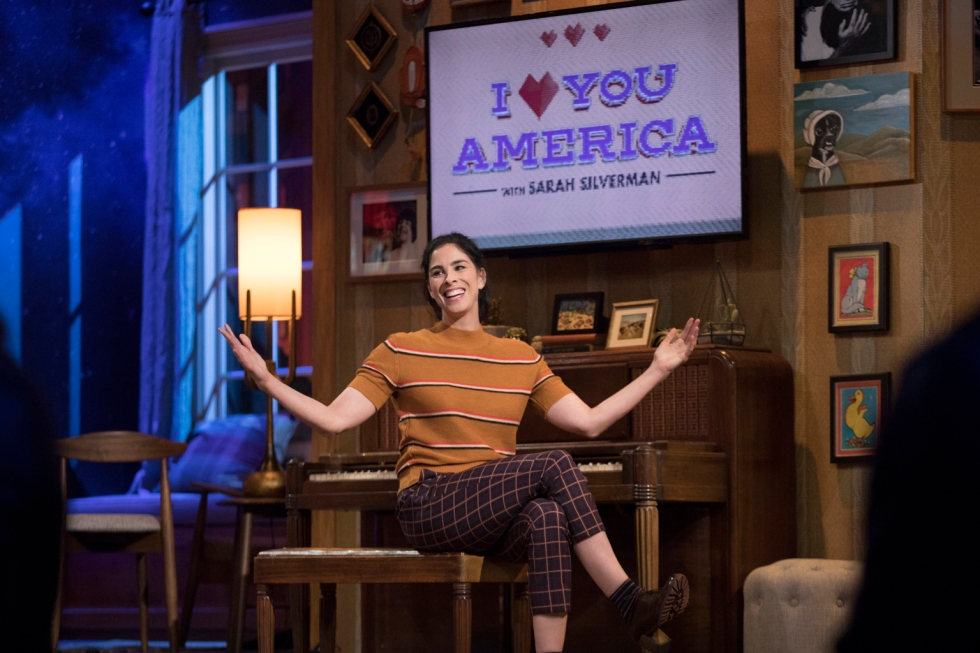