I liked Jean-Claude Van Johnson, but I immediately recognized within the first 15 minutes of the show that it is not one for everybody. In fact, I can see it becoming one of those series that people either hate or love and there are hardly any in the middle. The show is very funny at times, featuring some surprisingly sharp humor and Van Damme does an incredible job at playing both the straight macho action hero and the very funny over-the-hill movie actor. The premise was unique enough to keep my interest through six episodes, but the show also became something that could quickly fade into the background as just white noise while I was doing something else.

Jean-Claude Van Johnson centers around the Belgian Jean-Claude Van Damme who attempts to come out of retirement and re-enter the world of movie-making but not for the reason you would initially suspect. JCVD is actually named Jean-Claude Van Johnson, a former Black Ops agent for the government who would pose as the actor we all know and love in order to provide a plausible cover story during his missions. His “comeback” is really to the world of being a secret agent and therefore he is forced to take on the actor’s persona once again.

Along his journey, he is supported by his former love interest/fellow agent/hairdresser & makeup artist, Vanessa, who helps JC ease back into the spy world while also making sure he keeps his cover during his movie that is filming throughout the series. Luis, a former Mexican cartel enforcer with a very dark and mysterious past, also accompanies him on missions and aids in any way possible. Outside of these main three, the show is comprised of a very funny supporting cast while featuring a rotating door of other actors and actresses that are there merely to deliver a line or two for comedic effect but serve their purpose well.

What makes this show work on some strange level is that it plays the entire concept with such seriousness that you can’t help but be sucked into its premise. This is perfectly evident involving any scene where JC is filming his new action movie, HUCK, an action retreatment of the classic novel The Adventures of Huckleberry Finn, and serves as some of the best comedic moments of the entire show. Even more so, it is a movie that I could totally see on VOD or Netflix in the coming months. JCVJ is an extremely self-aware show and through this, there are countless jokes and callbacks to JC’s former movies, his 80s and 90s glory days as well as the stereotypical bad guys that populate both his film life and his spy life. You would think this would grow tiresome over the course of the series and while it does lose a small amount of punch I must give credit to the show for continually finding new ways to exploit the stereotypes for some very humorous moments. I also am thankful that it finally puts an end to the debate of which time travel movie is better: Timecop or Looper? I don’t think I need to answer which one is clearly better because you already know.

While these positives help keep the show fresh it also does allow it to occupy this strange sort of space in your TV viewing that allows you to check into the episode every once and still be aware of what is taking place without having to sit there with absolutely no distractions. I felt slightly guilty every time I did this with JCVJ, however, there is no escaping that this show is a nice watch, but it is not a must-watch. I laughed a lot during the course of the six episodes I saw and I truly loved its unique approach towards telling a story that sounds familiar and yet is something completely unexpected, but after that initial newness wears off, JCVJ becomes a nice holiday binge-watch when you’re tired of watching Hallmark movies.

I give Jean-Claude Van Johnson a B-. 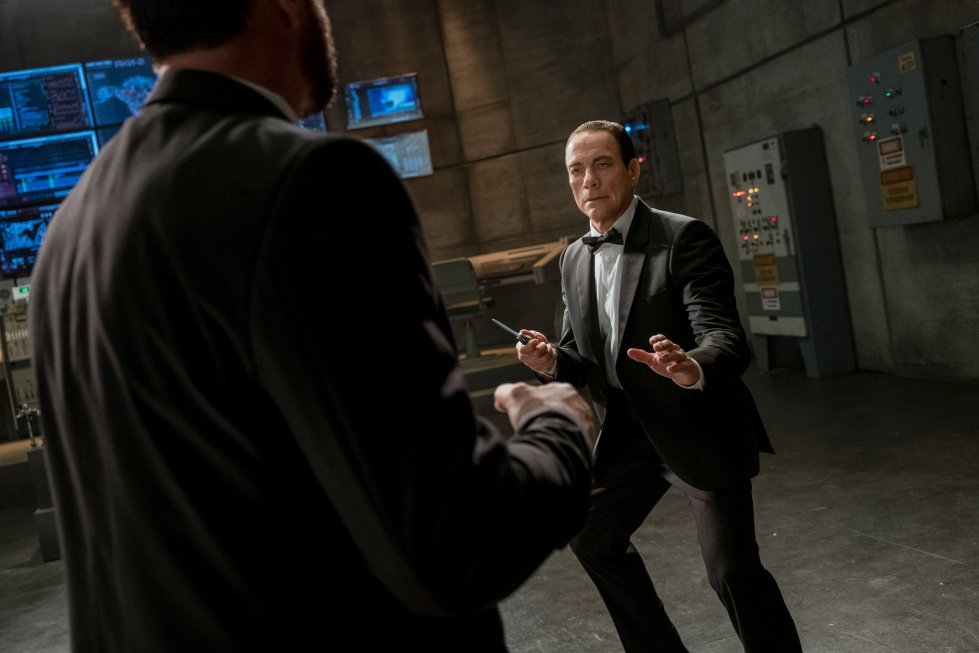