Black Mirror, the US/British science fiction anthology series, is returning to Netflix for its 4th season of warning you to put down your phone, go outside, and tell somebody you love them. But before you do that, let’s go through the new season! While I would recommend that you watch every episode, some are more essential than others.

Thanks to the power of technology, I now present to you a list of season 4’s six new episodes, from worst to best.

Black Mirror is an anthology show, and “Black Museum” is an anthology episode of of an anthology show. Xzibit would be proud. The episode follows a young woman who stops off at a desert gas station to recharge her solar car. While it charges, she steps into the neighboring Black Museum, where she meets an eccentric who tells her about various criminal pieces of technology. On the whole, the episode feels more like a Tales from the Crypt episode than a Black Mirror. Sure, it’s entertaining enough, but the tone is inconsistent with the series and the characters are inconsistent with themselves.

I give Black Museum a C.

Jodie Foster (yes, THAT Jodie Foster) directs this episode warning of the dangers of being a helicopter parent in a tech-filled world. After her daughter gets lost at the park, her mother brings her in for an irreversible trial implant called Arkangel. This new tech is injected into the brain of her daughter, and allows her to track her daughter’s location, censor her daughter’s vision and hearing, track her vital signs, and even see through her eyes—all from a fancy tablet. As her daughter grows older and does more and more things that are questionable, the mother seeks to use her Internet of Things device to discreetly control her daughter’s life. You can see where this is going.

Future Tech Presented: A tablet that doesn’t drop its internet connection…that also spies on your children.

I give Arkangel a C+.

It’s the post apocalypse, security robots that are shaped like dogs with guns roam the wasteland, and this trio of survivors are on a mission to retrieve something from a warehouse. What are they after? That’s not really important. This is a survival tale, much like the last act of The Terminator or Predator. Humans are no match for these murder bots one-on-one, so they have to use their superior monkey brains to crush them. There isn’t much dialogue, so I strongly suggest that you put your laptop down, leave your phone in your pocket, and just watch the show without distractions. If possible, watch with the volume turned up. The score is nearly as important as the visuals.

I give Metalhead a B. 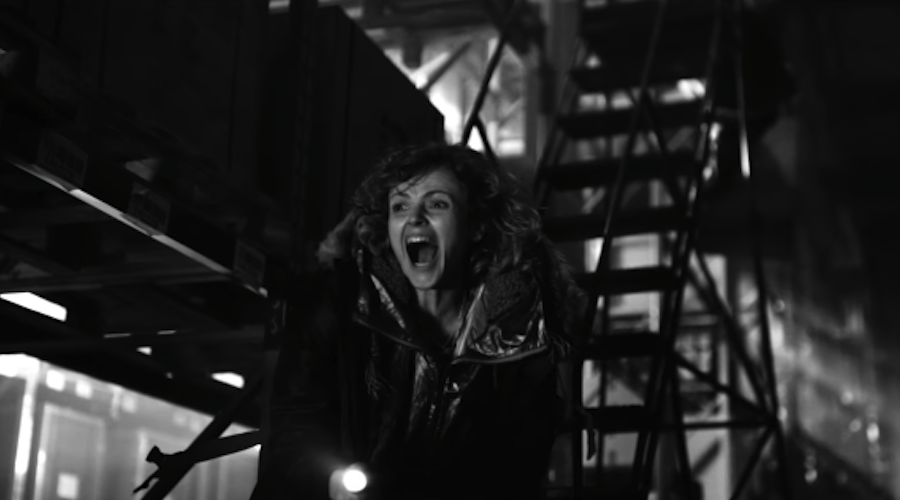 Last season, “San Junipero” made quite the buzz depicting a love against all odds story in a virtual afterlife/resort. “Hang the DJ” has a similar vibe to it, though in a more heteronormative way. The story centers around the anxieties of two wayward lovers as they struggle with an all-controlling dating app that not only decides when and where you go on a date, but also with whom you go and for how long you date. It could be merely hours, or it could be years. The app decides. I won’t get into too many spoilers, but the hopeful ending is sure to be much appreciated by those who feel trapped by their online dating algorithms in the real world.

Future Tech Presented: A dating app with a 98% certainty of a perfect match.

“Crocodile” reminds me a lot of the second season of Fargo, albeit condensed into about an hour and with some fancy retro-future technology. The episode, much like Fargo, starts off with the horrible mistake of vehicular homicide. Had the characters just called the police, this would have been a very short story. But, as is the tradition of Coen Brothers-esque stories, we get to watch as one mistake snowballs into an avalanche of bad decisions and crime. If you enjoy moral ambiguity and watching people who aren’t necessarily bad doing monstrous things out of pure desperation, you’ll love this episode.

I give Crocodile an A-.

Do you like Star Trek: The Original Series? If so, you are going to love this episode. It’s essentially an episode of Star Trek, if Kirk were a creepy programmer god and not just a cocksure William Shatner character. I won’t say much more about the plot, but this episode nails the visuals and presents a villain with understandable motives who you still hate. Oh, and speaking of the second season of Fargo, this episode shares two of its stars—Jesse Plemons and Cristin Milioti.

Future Tech Presented: Infinity—a game that seems like a mix between Destiny, No Man’s Sky, and Star Trek; a cloning machine that creates virtual copies of people.

I give USS Callister an A.