The Resident premieres January 21st, then airs weekly on Mondays, 9pm on Fox.

As you are reading this review, know that it took everything in my being not to turn this into a eulogy for Emily VanCamp’s acting career. I have loved the roles she’s played for over a decade starting as Amy in Everwood and to see her relegated to coming off the bench to say several lines and stand with a clipboard in the background is appalling. I hope you won’t hold it against me if it does, but sadly, after watching The Resident it appears as if she will be caught in the undercurrent of a very overdone reheated hospital drama that makes sure to check every stereotypical box of characters it can.

The Resident centers around Dr. Conrad Hawkins, the resident bad boy that loves to do medicine the unconventional way. He is in charge of teaching several Doctors who are new to the field of medicine all while clashing with the hospital’s golden boy, Dr. Solomon Bell, who is well past his prime but is still attempting surgery at the expense of patient’s lives. Bell is played by the wonderful Bruce Greenwood who is in a role that is clearly beneath his talents and yet he manages to be one of the more interesting stories to rise to the top of this mediocre drama. From there, the viewer can paint-by-numbers the storylines they will encounter on a weekly basis. They are bland and the characters are easily forgettable partly because they aren’t very well written and also because the writers felt the need to have almost all of the plot revolve around Dr. Hawkins. Just from the pilot, Hawkins manages to fix all of the problems from the failing doctors around him as well as still find time for hospital coitus with VanCamp’s character.

I’m going to save you some trouble with The Resident. If you’ve ever watched a well-made hospital drama, then you already know the patients and their problems that will be featured weekly on this show. You will already know and in some cases can probably predict some of the monologues and speeches the doctors are going to give. You will already be able to identify what type of doctors (angry, insecure, brash, naive, etc) populate this fake hospital. You already know these characters and have seen them done better elsewhere which is why The Resident will more than likely lose you fairly quickly into its pilot. It’s not well written and fails to rise above other similar shows that have come before it and does very little to disprove my working fan theory that if you’ve seen one hospital drama then you have seen them all. Emily, you will be missed and I hope to see you thriving as the lead in your own show very soon. I won’t judge you even if it’s on Freeform or The CW, just come back to us.

I give The Resident a D. 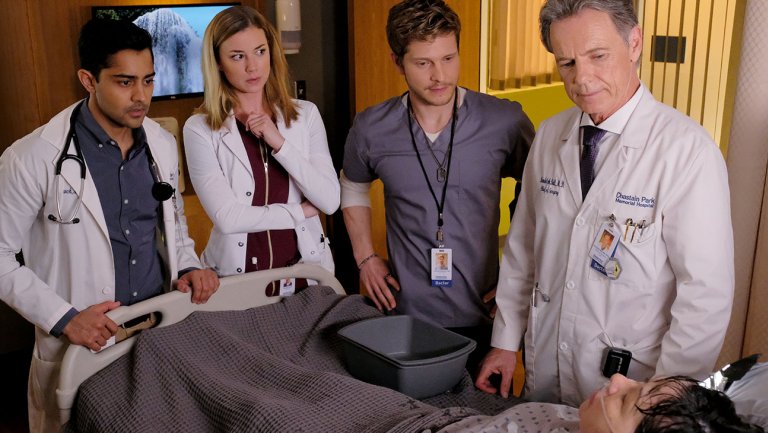