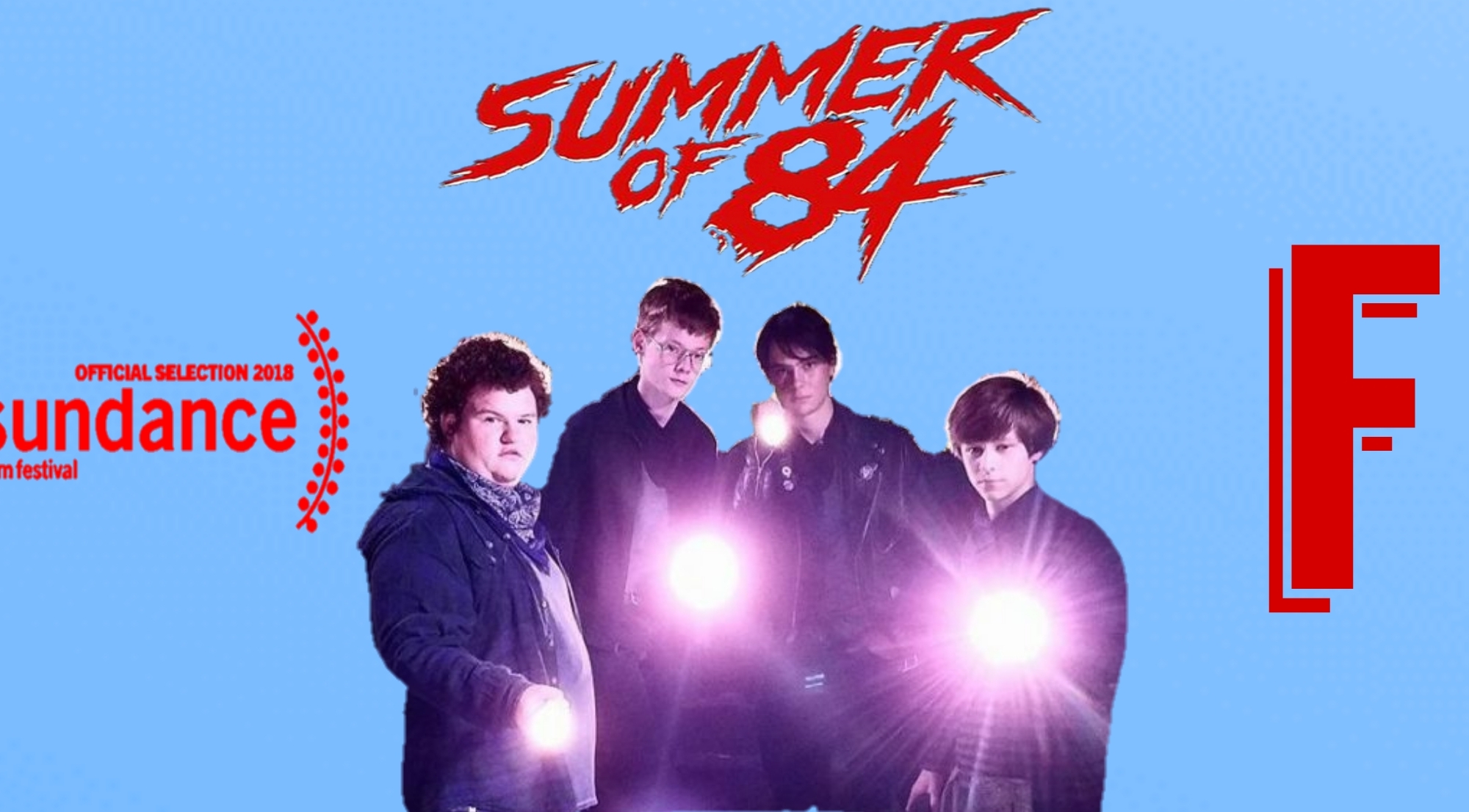 Summer of ’84 screened at the 2018 Sundance Film Festival.

Ever since Stranger Things (which I admittedly have never watched) debuted to rave reviews and a large fanbase, many have been trying to bring back films in the 80s coming of age/mystery-thriller genre. One of the most popular examples of this is the 2017 film adaptation of IT. While far from a perfect film (the horror elements do not work and come off as unintentionally hilarious), at least IT had competent acting (the kids were especially good), decent character arcs, and it knew its target audience (even if it was pretty tonally inconsistent). The new movie Summer of ’84 is very much lacking in those areas, and, because of those problems and other problems, does not work as a film.

Directed by Turbo Kid directors Francois Simard, Anouk Whissell, and Yoann-Karl Whissell, Summer of ’84 follows four teens: Davey Armstrong (Graham Verchere), Tommy ‘Eats’ Eaton (Judah Lewis), Dale ‘Woody’ Woodworth (Caleb Emery), and Curtis Farraday (Cory Gruter-Andrew). All four of these characters are pretty one-note and are defined by archetypes. Davey is the normal one, Eats is the horny one, Woody is the fat one, and Curtis is the clever one. The four friends are on a summer break and discover that there is a large number of child murders by a killer still at large. Davey has a hunch that a cop that lives near him named Wayne Mackey (Rich Sommer) might be the one responsible. He and his friends then pry around Mackey’s place to try and prove his guilt. Meanwhile, after spying on Nikki (Tiera Skovbye), the attractive ex-babysitter next door, Davey and Nikki start flirting.

One of the biggest problems with Summer of ’84 is that the protagonists are all weak characters. Not only are the kids poorly written, uncompelling, one-note characters, but the acting is awful, and it does not help that the children have to work with horrible dialogue. While I fully acknowledge that teenage boys talk about sex a lot, that is the only thing that these kids talk about. It gets old very fast, and the “jokes” don’t land at all. If these characters were any sense of interesting or compelling and not incredibly bland, then maybe I wouldn’t have minded too much. What’s even worse is that Nikki is an incredibly bland character. She’s just there to look attractive and flirt with Davey. This subplot goes nowhere, and I did not buy their interactions for a second. In IT, the lone girl, Beverly Marsh (Sophia Lillis), was arguably the most interesting character.

I am fine with a film being a slow burn and having a simple premise, but the problem with Summer of ’84 is that it is riddled with clichés, a bland and boring narrative, subplots that go nowhere, and lack of surprises and/or twists. Davey and Nikki’s weird flirting goes nowhere, Woody’s mom being an alcoholic just exists, and Eaton’s parents just hate each other, but we don’t know exactly why. The film desperately wants to be something in the vein of The Goonies, but it does not have the talent, the suspense, or the heart to even be somewhat comparable to it. Speaking of The Goonies, this film is full of 80s nostalgia as expected, but it all feels so forced and uninspired and made me wish that I was watching a film such as The Goonies instead. The lack of surprises and twists is really off-putting because it shows that the writers did not even try.

But the most off-putting and extremely jarring aspect of Summer of ’84 is that in the last 15-20 minutes, the film takes a ridiculously darker change in tone, that was so obviously done just because the filmmakers were afraid that the film would not leave any sort of impact with the somewhat lighter tone that the rest of the film had, and this jarring tonal shift only adds to the point that this movie does not know whether it wants to be for young adults or older audiences. Instead of the shift in tone leaving any bit of an impact or any sort of satisfaction, it just made the film worse.

If there is anything I liked about Summer of ’84, it is the score co-composed by Jean-Philippe Bernier, Jean-Nicolas Leupi, and Le Matos. While it is not a memorable score by any means, I really liked hearing it while I was watching the film. The cinematography is fine, but nothing special. The editing is not awful. Still, nothing stands out about it. The sound design and set designs are fine, but nothing great. The direction is very underwhelming. I felt no sense of suspense or tension, nothing visually impressive, and the interactions between the actors aren’t believable most of the time.

Summer of ’84 wants to ride on the wave on Stranger Things’ success, but it completely falls apart due to poor acting, a dreadful script, underwhelming direction, lack of suspense or tension, and an over-reliance on nostalgia. I cannot believe that a film of this low quality actually got into the Sundance Film Festival. It’s only January, and we already have a very strong contender for the worst film of 2018. 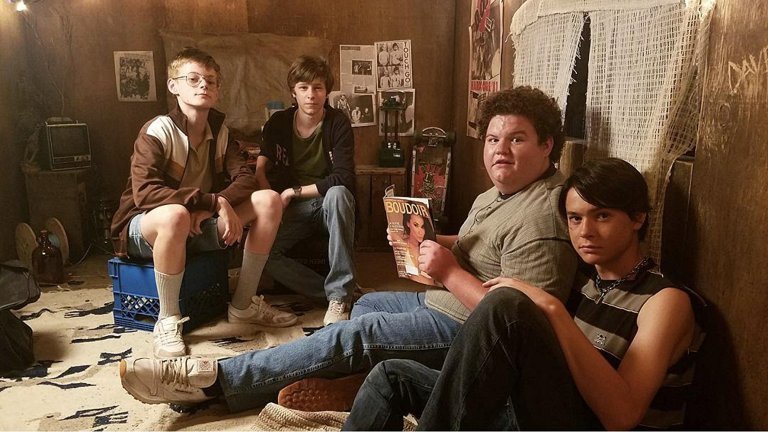