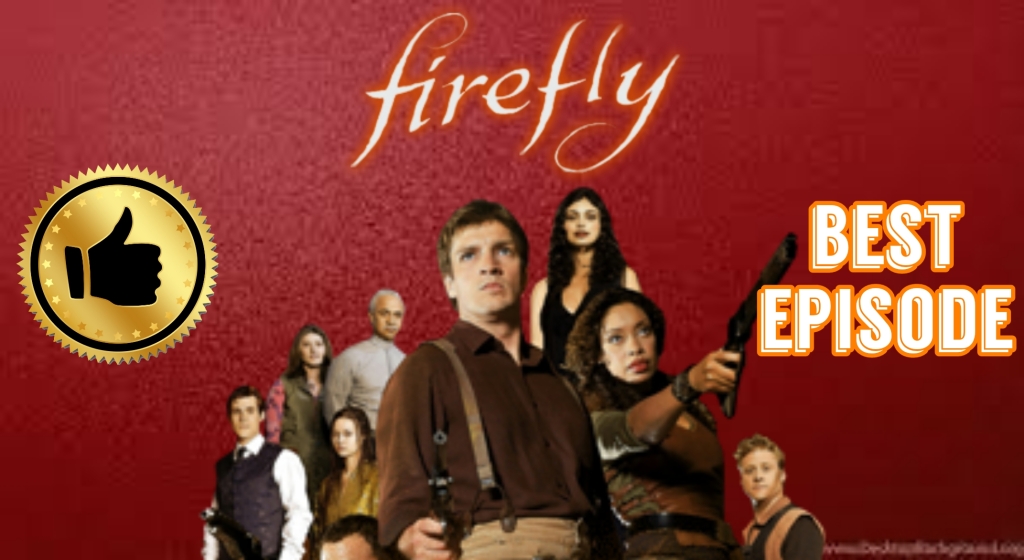 We live in the golden age of television, and never has TV been more important in our culture.

Over five weeks we’ll be exploring the absolute best TV has to offer. Every Wednesday, contributor Jeremy Koffsky will delve into the “best” episode from a certain show.

Firefly; an amazing sci-fi show that was brutally cancelled just 14 episodes in. Underappreciated at the time, creator Joss Whedon built an immersive and engaging world with brilliant characters. The follow-up movie, Serenity, provided a satisfactory conclusion to the story, but it goes without saying that the short lived show feels incomplete. Therefore, the standalone tales are what make Firefly shine.

The final episode, ‘Objects in Space’, is the best. The character River had been sidelined all season, rarely doing anything proactive. She was basically relegated to a plot device to obtain information or to show Simon’s vulnerability. This hour allows her to break free.

The first 15 minutes of the episode are my favorite. The crew is just relaxing aboard the ship, being themselves. As viewers head throughout the different room they hear that classic Whedon-penned dialogue. Then, the bounty hunter Jubal Early arrives, searching for River. Despite appearing in just this episode, Early is perhaps one of the best one appearance characters in television history. Played by Richard Brooks, he grabs your attention with his threatening yet self-aware composure.

‘Objects in Space’ is also remarkably low-key. Some Firefly episodes get caught up in big gun fights and chases with elaborate planets and worlds. This installment just has the crew and the ship. I wouldn’t call it a “bottle episode,” but it certainly is small-scale. As they say, “less is more,” and with this focused story Firefly is able to explore its characters, rather than weaponry or force. There is hardly any legitimate action in this episode, yet I am on the edge of my seat the whole way through.

Unlike most of the other adventures, this story’s outcome affects the entire crew. By the time the credits roll, all on Serenity have accepted River as part of the team. Fittingly, it is this beautiful message that ends the series.