Final Space is the brainchild of Youtube star Olan Rogers with the help of TBS and Conan O’Brien. It centers around Gary, an astronaut who is being held prisoner on an abandoned ship due to his accidental destruction of the Space Federation ships. While nearing the end of his sentence, he meets Mooncake, a friendly little green marshmallow-like creature that unbeknownst to Gary has the ability to destroy entire planets. Mooncake is on the run from the evil Lord Commander who is seeking to exploit Mooncake’s powers. What ensues are episodic misadventures with Gary and Mooncake that slowly build towards a resolution between Lord Commander and Gary.

What I came to find over the episodes that were available, was that Final Space tries to be funnier than it actually is. Gary being a loner on the ship has assembled various robotic friends that are placeholders for real people and his interactions with them are humorous, however, often times the result is a series of overreactions from the character that becomes tiresome very quickly. This can lead to the humor sometimes falling flat due to most of the setups and punchlines being delivered solely by Gary. That being said, after several episodes I found my patience and persistence with the show was rewarded through four episodes because the story had started to become very interesting to the point where I was left wanting to watch more as the last episode ended.

What appears to be a major focal point of the show is its high production value. The animation is well drawn and there is an overabundance of voice talent throughout, but the highlight remains that the show looked exceptionally good and I know that the finished product will look even better because at the time of my viewing the show was still unfinished. Still, as I am advising readers on whether or not to invest your time into Final Space I would lean towards telling you to wait until the show is far enough along to binge-watch. There was not really anything from the pilot that stood out as being able to grab viewers attention and hold it for a week to week watch, however, there were enough jokes and an evolving storyline over the course of several episodes that would convince me to take in the show in one sitting.

Final Space is good, not great. In the episodes I’ve seen, I wanted it to develop a little bit faster with its characters but it failed to do so in a way where I think I would return week to week. The good news is that there was still enough of the show that I enjoyed where I know that it would be best viewed by me in bulk.

I give Final Space a C+. 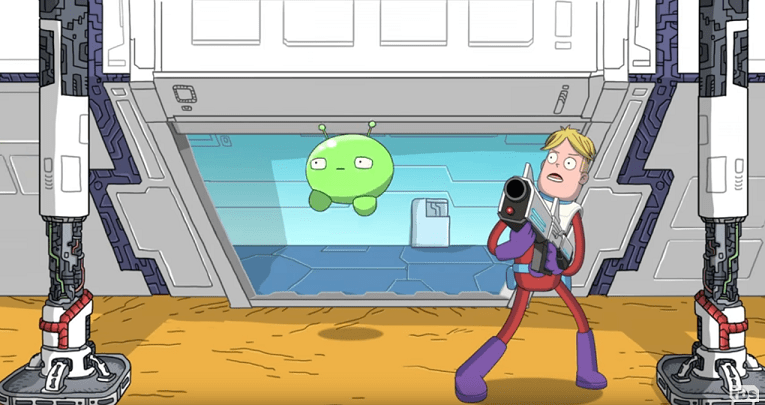