After waiting for over two years, Marvel’s Jessica Jones season two is finally upon us. Unfortunately, based on the five episodes provided to critics, it sadly fell short of expectations. Season one ended with Jessica Jones (Krysten Ritter) killing the ridiculously frightening villain Kilgrave (David Tennant). Riding off the horror of its freshman year back in 2015, the sophomore season of Jessica Jones begins with her dealing with the psychological repercussions of committing her first murder – even if it was someone who was mentally torturing her with mind control. Jessica’s PTSD sets the stage for the episodes that follow it, but not in the way we’d like.

As season two progresses, the story dives into the mystery of how Jones got her super-strength powers from a shady company called IGH. This so-called medical company is responsible for using genetic editing to heal people, with a side effect being superpowers. How does Jessica cross paths with IGH to begin with? If you recall, a brutal car accident took the lives of her entire family, and left young Jessica fighting for her life. Somewhere between the accident and the hospital, Jessica is kidnapped by IGH and used as a lab rat. In an attempt to expose IGH, Jessica’s ridiculously beautiful best friend, Trish (Rachael Taylor) pushes her to use her P.I. skills to dig deeper into their shady business and others they have experimented on. With the help of Trish and her employee neighbor, Malcolm (Eka Darville), Jess begins to explore her past traumas while entertaining a new love interest (Oscar played by J.R. Ramirez) along the way.

The first five episodes take an extremely long time to develop the aforementioned plot as Jessica grapples with facing her past via flashbacks of repressed memories (and the occasional hookup or two). For a series that was so captivating in its first season, the first half of these new installments is fairly lost on me. Now don’t get me wrong, learning about Jessica’s past is pretty intriguing, and something we do want to know about. However, the approach of investigating IGH for five straight hours becomes boring and dull. There is barely any action or exciting moments that leave us wanting more.

It is a welcome change to see Trish at the front and center of this season, but in the episodes we’ve seen thus far, she spends most of it as a hot, emotional mess. I was ready to see her spring into her alter ego, Hellcat, and without any major spoilers… the opening stretch fails to take her down that path. An aspect of the second season that did stand out was Ritter’s performance in this dark comedic role. In the most boring of moments, her commentary as Jessica will snap you back to the moment, if only just to chuckle at her rough attitude and sassy side glances.

Perhaps even more disappointing is that five episodes in there is no sign of Kilgrave. I say this because during the filming of this season, it was announced that David Tennant would make his return as the infamous baddie, despite being dead. Whether his character will be revived or just be one of Jessica’s PTSD-induced visions, remains to be seen. In the episodes available for review, there was no hint of his reappearance, begging the question: When will we see him and will his entrance change the boring tone of the series?

I hope that the second half of the season picks up on the action and the terrifying elements that we were drawn into during the first season, with Kilgrave coming in sooner rather than later. What worries me most is that Jessica Jones is in grave danger of failing without Kilgrave, who was the primary reason many of us tuned into first season. If his role is fleeting this season, and ceases to exist in the seasons to come, will Jessica Jones fall off the radar? While I hope this is not the case, I am afraid this may go on to be the reality of this series. But for now we must wait and see what the second half of the season brings, and revel in the few, brief moments we will have with Tennant as he flawlessly executes Kilgrave’s mental torture on Jessica.

I give Jessica Jones Season 2 a C. 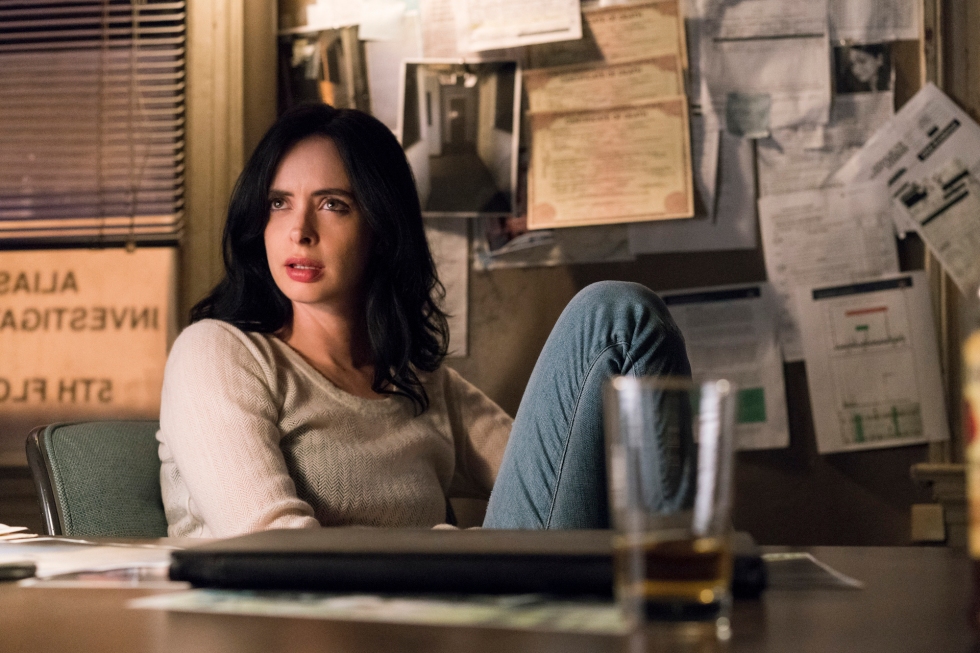