The new comedy series Champions created by The Office writers Charlie Grandy and Mindy Kaling, follows the life of Vince, who can never seem to evade failure. Whether it was losing his baseball scholarship for smoking weed in a gas station, abandoning his pregnant girlfriend in Cleveland, or secretly selling the gym he and his brother own and live in, Vince has made plenty of bad decisions.

Essentially, the pilot episode of Champions shows us the life of someone who turns everything he touches to garbage. The main character lives with with his likable younger brother who is a bit naive, sensitive, and overbearing. He has an “ignorance is bliss” type of mindset. But the real twist comes when Vince gets stuck with his 15 year old son Michael. While Vince wants to take his life on one path, Michael has got other ideas.

Michael is an aspiring performance artist with a very flamboyant personality and loads of musical talent. We can see a bit of his struggle to connect to a father and uncle he’s just met, though that will be explored more in future episodes. He also wants to land a spot in a prestigious preforming arts school in New York.

While Champions hasn’t made me laugh out loud yet, or instantly fall in love with any characters, the first half hour had its fair share of cute moments with good jokes, solid acting, and a developing plot. While this premiere wasn’t one of the greatest I’ve seen, it did show clear promise to what should be a very promising up and coming series. I’m excited to see what Grandy and Kaling have in store for the rest of the season.

I give Champions‘ first episode a B. 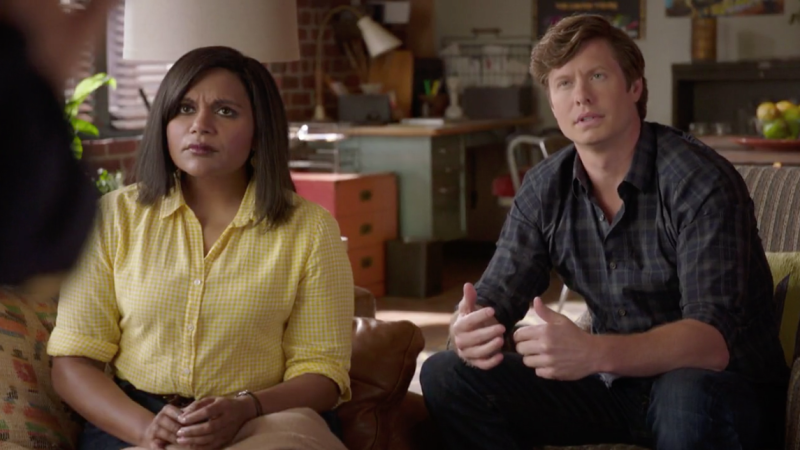