Before I had heard about Roxanne Roxanne, I had never heard of Roxanne Shanté. Going into this film, I was interested to learn a bit about her and how she came to fame. The only person I really knew of who worked on the project, besides one or two people in the technical department who have worked with Ryan Coogler in the past, is Mahershala Ali, who has proven himself to be a superb actor (especially through his Oscar winning turn in Barry Jenkins’ phenomenal film Moonlight), so I was confident that I might get something in the acting department at the very least. Unfortunately, that’s pretty much the only department where Roxanne Roxanne really works well.

Written & directed by Michael Larnell, and starring Chanté Adams, Mahershala Ali (Moonlight), and Nia Long (Boiler Room), Roxanne Roxanne follows Roxanne Shanté (Chanté Adams) as she comes of age through various events that happened in her life, going from her life in poverty, leading to the singer that she became to be today.

The best aspect of the film is Chanté Adams’ fantastic performance as Roxanne Shanté, bringing far more into her than the script does. The film also features superb performances from Mahershala Ali and Nia Long. They elevate their roles a bit as well. I also thought that the costumes weren’t bad. The editing is decent enough as well.

Unfortunately, the script is bland and underdeveloped, and the direction isn’t very good. It’s clear that Michael Larnell was trying to go for something unconventional by focusing less on the music aspects of Roxanne Shanté’s life, and more on her coming of age through poverty, but it all feels so surface level. Some of the drama in the film felt like there was no weight to it. I also never felt like I was watching a film set in the 1980s. The costumes look the part, but that’s it. There’s nothing visually interesting, and the cinematography is pretty bland. In fact, the film goes takes place over many years, yet no one ages at all.

But one of the things that bothered me the most was that half of the time when something interesting was about to happen in the film, Larnell just decides to cut the scene. In the beginning of the film, we were about to see a young Roxanne challenge a guy who is much older than her, and then the scene is just cut, and the title card appears. Stuff like this happens multiple times in the film, and it ruins what could be potentially great moments and scenes. Also, the “Roxanne, Roxanne” aspect, as well as Roxanne becoming a musician, is barely touched upon at all. If there was enough greatness in what was given instead of it all feeling bland and surface level, then I might’ve been ok with that, but I feel like I just watched Roxanne deal with a bunch of bad things in her life, instead of learning as to how she got to where she is today.

Overall, Roxanne Roxanne is a very average film. It’s not great, nor is it terrible. It is well acted (especially a fantastic performance from Chanté Adams), but it is underwhelming in many other aspects. It doesn’t do anything terrible or offensive, but it doesn’t do much that is great either. 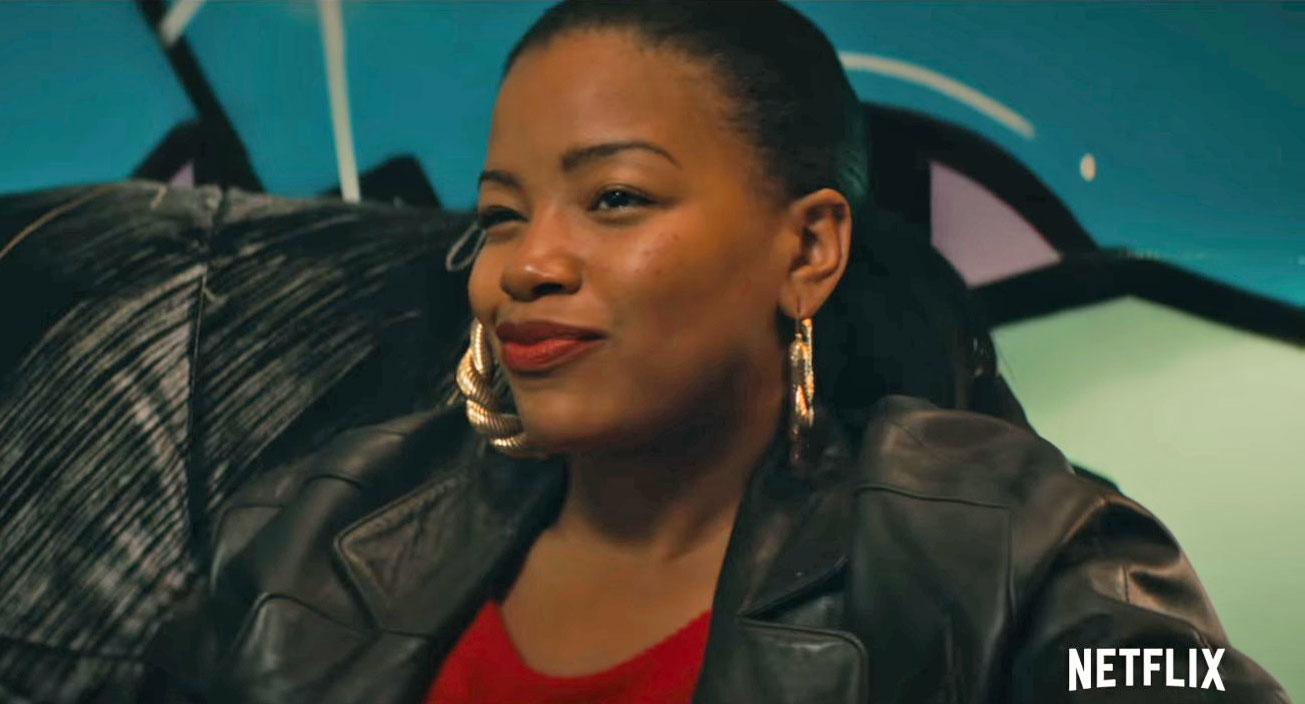 [Visit my Letterboxd for more of my writing!]