The Expanse returns for a third season on April 11th, 9pm on Syfy.

Trouble is not only brewing between Earth, Mars and the Belt, it’s boiling over in a thousand tiny ways as the third season of “The Expanse” gets rolling.

That’s where we pick up as The Expanse begins its new season April 11 on SYFY — in a time of violence and tension. And perhaps nowhere is that tension as palpable as with the crew of the Rocinante.

After the events of the season 2 finale, Amos, Alex, Capt. Holden, Naomi and even Dr. Prax Meng are dealing with what they saw and experienced at last season’s end. Naomi betrayed them with the protomolecule, Dr. Meng’s daughter proved to be beyond their grasp, and the secret they tried to stop is now everywhere.

Heck, even the name of their ship will end up changed as they navigate the war.

In short, there’s turmoil everywhere and the Rocinante’s crew is part of it, even if they aren’t directly involved early on. But as you might guess, that changes as the season moves forward.

As always, The Expanse mixes taut storylines and on-point writing with the sci-fi atmosphere swirling in and around it. The show has become a beacon of what sci-fi can be and the message it can convey. Season 3 will be more of the same with some interesting storylines developing as Holden and his crew try to stop the disintegration that is happening all around them – and even in their own ship. Finding Meng’s daughter becomes a priority and with it, another season of discovery. Secrets will be exposed and more will arrive to take their place.

Part of what continues to make The Expanse shine is the characters, not only aboard the Rocinante, but throughout Earth, Mars and the Belt. From Fred Johnson to Chrisjen Asvarala to Sadavir Errinwright to Bobbie Draper, the tentacles of the protomolecule slither into the lives of all before the season ends. One way or another, what the protomolecule is (as well as what it might become) has an impact on everyone and everything. Jules Pierre Mao wants to weaponized it and Errinwright wants to unleash it. The race is one to not only understand it, but stop it.

During the season we get more insight into what Dr. Strickland is up with with Mae Meng and the other children, as well as what their relationship is with the protomolecule project. Amos and Dr. Meng continue to form an interesting friendship while Captain Holden and Naomi dance around what their relationship is now that she’s admitted to giving the protomolecule to The Belt.

Season 3 of The Expanse will take us down the paths we started down in season 2. There will be answers to the protomolecule question that will spur more questions, which is always fun.

By the finale, some relationships will have changed forever, some new ones will have been formed, and some people will simply be dead. But that’s how it goes in a war zone – and when people seek retribution for the sins of others.

Season 3 of The Expanse delivers all that fans of the show have come to expect. And it’s for that reason the show has become such a magnet for passionate sci-fi and adventure fans.

I give The Expanse Season 3 an A. 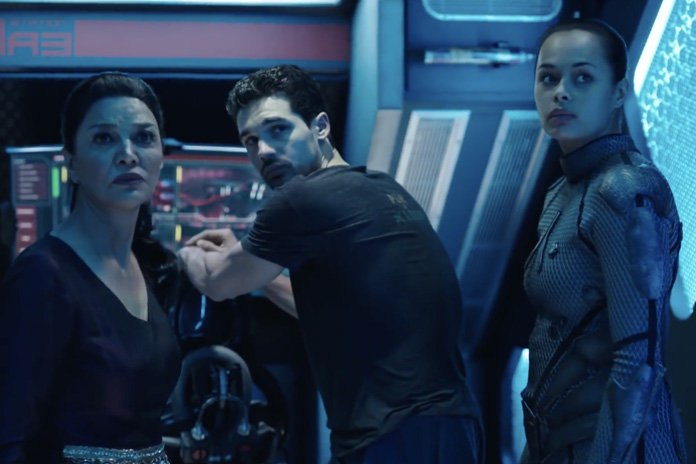