In the ridiculous new game show Taskmaster, host Reggie Watts (best known as James Corden’s bandleader) has contestants complete creatively obscure tasks in a contest of who can complete the goal fastest.

Just how out there are the tasks? Some of my favorites included scoring a basketball shot across a pool… with no hands, and creating a video that can also be played backwards and appear coherent.

It’s entertaining to see the competitors struggle with each objective, trying to come up with out-of-the-box solutions to complete the task quickly. The lineup of participants is a good one, featuring comedians like Kate Berlant, Lisa Lampanelli, and Ron Funches, and DJ Dillon Francis. Freddie Highmore is there throughout the season as well, which I assume means he signed on before he knew that his ABC drama The Good Doctor would be a smash hit.

The competition between the guests begins to heat up once the prize is revealed. The winner will receive a personal items that the original owners will certainly hate losing. Examples: Feddie’s childhood teddy bear and Dillion’s computer that stores all his music.

Where I find the series most enjoyable is in the interactions between the cast through fierce smack talk and great one-liners.

My favorite part of Taskmaster is hands down co-host Alex Horne, whose comedy is downright brilliant. His negative approach and outlook on every situation is hilarious, as is his perfectly timed commentary which really improved the show. 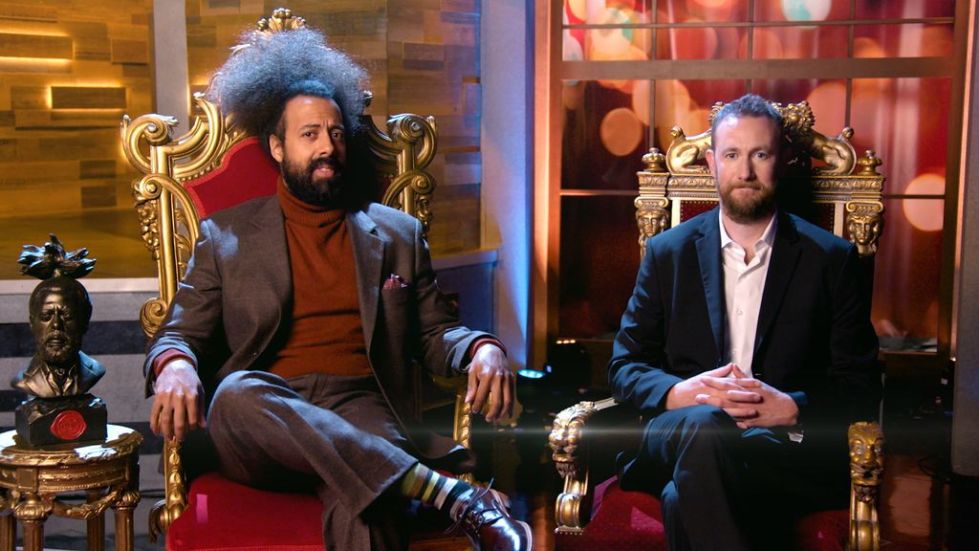