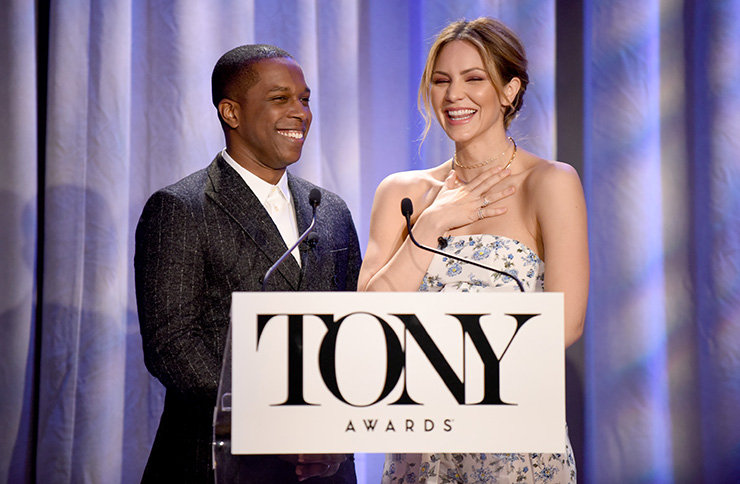 TVandCity attended the Tony Award nomination announcements this morning at the New York Public Library for the Performing Arts at Lincoln Center. The nominees were announced by Leslie Odom Jr. and Katherine McPhee.

Here’s how the productions stacked up in the 26 Tony categories:

Harry Potter and the Cursed Child – 10

Farinelli and the King – 5

Children of a Lesser God – 1

Upon reviewing this list I was struck by a few things:

All of this makes sense in light of the fact that only 30 Broadway productions were eligible for prizes this year, the smallest number in more than a decade. Additionally, a new rule made this year dictated that only categories with nine or more eligible competitors can get five nominees. So fewer competitors leads to fewer nominees – except in some categories where a show has 2 actors/actresses nominated in the same category (Lobby Hero, Angels in America and Carousel).

It will still be an enjoyable race to Tony night on June 10th, and with Sara Bareilles and Josh Groban as hosts, likely a good show. I’m especially looking forward to Spongebob Squarepants’ musical number!

Here’s hoping next season has even more productions to choose from.