Red Sparrow is available on Blu-ray and DVD on May 22nd.

Before I briefly talk about Red Sparrow, I’d like to say that I applaud Jennifer Lawrence for taking on these daring projects such as mother! and this. I admire the fact that she’s willing to fully use her star power by taking on these projects that other actresses her age wouldn’t dare to do. So JLaw, hats off to you in that regard.

As for the film itself, it’s actually pretty great. The biggest issue with Red Sparrow is the overall length and story structure, which I can’t say surprises me because the film was penned by the writer of A Cure For Wellness (another flawed albeit daring film that had some issues with length and story structure). For the most part, it’s pretty coherent narratively, but around the middle section (like around the 40-75 minute mark), it started to lose me a bit, as it got a little convoluted narratively. That said, I got pulled back in shortly after. The film also feels a bit too long, as it does run at 140 minutes. It definitely could’ve been trimmed a bit.

That said, from a directorial standpoint, this is without a doubt Francis Lawrence’s best work to date. It’s so impressive how much he has improved since working on the Hunger Games sequels. His ability to build tension pretty well, along with a great use of technicals and other production values, makes for a somewhat thrilling experience.

The performances are more than competent for the most part, but it’s Jennifer Lawrence who stands out. Save for an occasionally rough Russian accent, she is superb in the lead role of Dominika Egorova. Not as great as her excellent performance in mother! (nor does it have to be), but I will say that I actually liked her performance here much more than her Oscar nominated performances in Joy and American Hustle.

Overall, while Red Sparrow isn’t without its flaws and doesn’t quite utilize all of its potential, it does make for a pretty great spy-thriller. Not close to perfect, but pretty great overall, and would definitely recommend it.

I give Red Sparrow a B+. 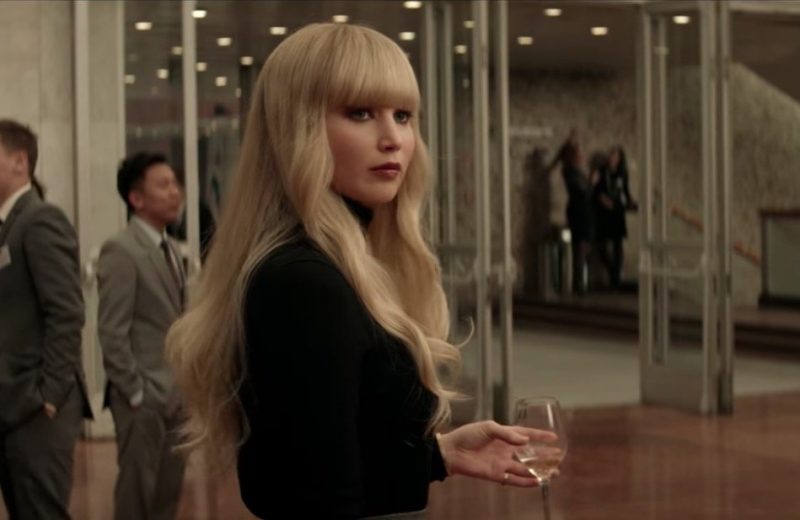