Orange is the New Black returns to Netflix on July 27th.

Orange is the New Black is back for its sixth season on Netflix, and things are heating up. After the riots in season five, the women of Litchfield have been moved down the hill to maximum security. Well, some of them at least. This new season brings not only a new location but also a mostly new cast with it. Some of the stars from the previous season return, others are reduced to cameos, while others are missing entirely.

The show’s two main characters have always been Piper Chapman and the prison itself. With the setting changed to a new locale, the show had to double-down a bit on Piper to keep things familiar. Although this sounds like a bad thing, it’s really not. Chapman is actually an interesting character this season. Much like in season one, Chapman is filled with an urge to make the best out of what’s left of her relatively short sentence. Her hubris, of course, leads to her getting into conflicts.

Netflix doesn’t want reviewers to get into any plot specifics, so I’m going to have to keep things intentionally vague. Piper is down to just months left on her sentence and is terrified that something will happen to her to cause her to get additional time. This heightens when her bully of a new cellmate finds out and decides to make her life a living hell. Chapman’s experience of extreme privilege still works out for her systemically in prison but leaves her socially unable to handle any difficult situation. It’s as if the show brought back to season one Piper.

In fact, most of the returners are in fine form. Caputo becomes inspired by reruns of Columbo and tries to right his wrongs as warden. (I wonder what Kate Mulgrew—who played the titular Mrs. Columbo in the short-lived spinoff series—thinks of that.) Meanwhile, the guards who returned to work after the riots struggle in their own ways to move past the incident.

The only real disappointments are in Suzanne (Crazy Eyes) and Pennsatucky. They both have some interesting material at the beginning of the season, but their storylines become mostly just filler by midseason.

Overall, the season is a solid one. It has its flaws, but it’s the most consistent the show has been since season 2.

I give Orange is the New Black Season 6 a B. 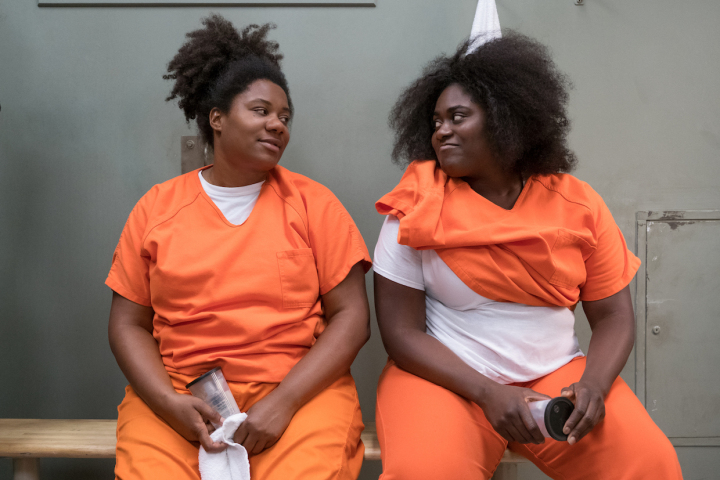