Future generations may one-day regard director Mike Judge as a prophet ahead of his time. His mental prowess in blending facets of reality with entertainment appears to be a staple-mark of many of his films and TV shows. Comedy makes us laugh, but it can also contain not so hidden truths about ourselves and the world we live in. Sadly Judge’s 2006 feature “Idiocracy” reveals some truths that we would rather not admit or be proud of.

Here are four ways the movie is eerily similar to our lives in 2018.

Dumbing Down Of English Language

As a culture, many of our citizens no longer speak in clear, concise sentences. Communication is often done through social media or text messaging and the English language is plummeting in eloquence. Words like: Fam, Bruh, FOMO, eats, and others can be heard on a daily basis from our populace.

“Idiocracy” depicted a nation incapable of formulating ideas or solutions to anything beyond their focus of attention in the present moment. Sadly, we are seeing this all across modern-day America as countless people chase after “what feels good” for that moment. Analyzing how thoughts and actions in the present can impact the future doesn’t seem to be “hip” right now.

In “Idiocracy” the number one show on television is called “Ow! My Balls!.” Can you believe that there is an iPhone game called “Ow my balls!” which boasts over 1.3 million downloads? MTV’s “Ridiculousness” and ABC’s “Wipeout” are two incredibly popular shows that are siblings of the program depicted in “Idiocracy.”

Just like in “Idiocracy,” Americans today see ads on their phones, computers, sidewalks, cars, and even other people (renting ad space on their foreheads). Corporations will spare no expense or venue to get their message across. 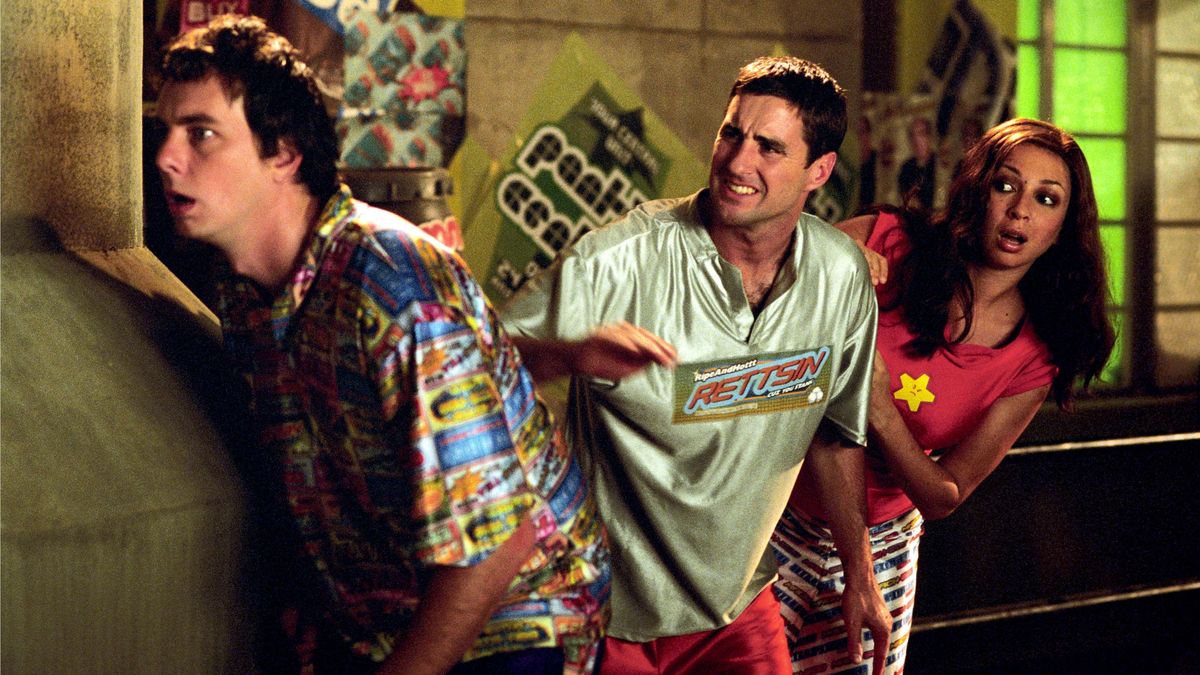