I was underwhelmed by For a Good Time, Call…, the last Lauren Miller Rogen comedy I watched. That said, I was still open to the possibility of being surprised by her directorial debut, Like Father, considering that Kristen Bell and Kelsey Grammer as daughter and father in a dramedy could be potentially decent. It’s been six years since For a Good Time was released, so maybe my tastes had changed. Unfortunately, Like Father is just another forgettable entry into Netflix’s catalog.

The biggest issue with Like Father is that it’s too basic and very stale. If you take away the fact that the film is set on a cruise, it’s essentially just a generic father/daughter film, with no real attempts to make the movie remotely fresh or interesting in the slightest.

The characterization of Rachel (Kristen Bell) is very one-note. She’s a workaholic dealing with issues that don’t matter and isn’t remotely compelling in the slightest. Harry (Kelsey Grammer) is the same estranged father cliché that we’ve seen in so many other movies, without anything to make him stand out. Now, if the narrative, drama bits and comedic bits worked well enough, I might’ve been more forgiving of the characters being forgettable, but the jokes are too trite for this to feel like a comedy, and the more dramatic beats are super predictable. It doesn’t help that the film is flatly directed and the camerawork inconsistent, with some scenes attempting to go for a more indie feel by being shot on a handheld camera. Without the commitment to that style, you as the viewer feel oddly placed at points.

If Like Father has anything going for it, it’s in the performances from Kristen Bell and Kelsey Grammer. Both actors give it their best and have terrific chemistry with one another. They elevate the dynamic between Rachel and Harry, and without them, Like Father would be even worse. Seth Rogen (the director’s husband) also provides a nice layer in his supporting role.

Overall, while Like Father isn’t awful or among the worst Netflix Originals, it is a stale dramedy that is too familiar for its own good. It’s not good enough – or offensive enough – to be memorable in any way. Once again, I find myself underwhelmed. 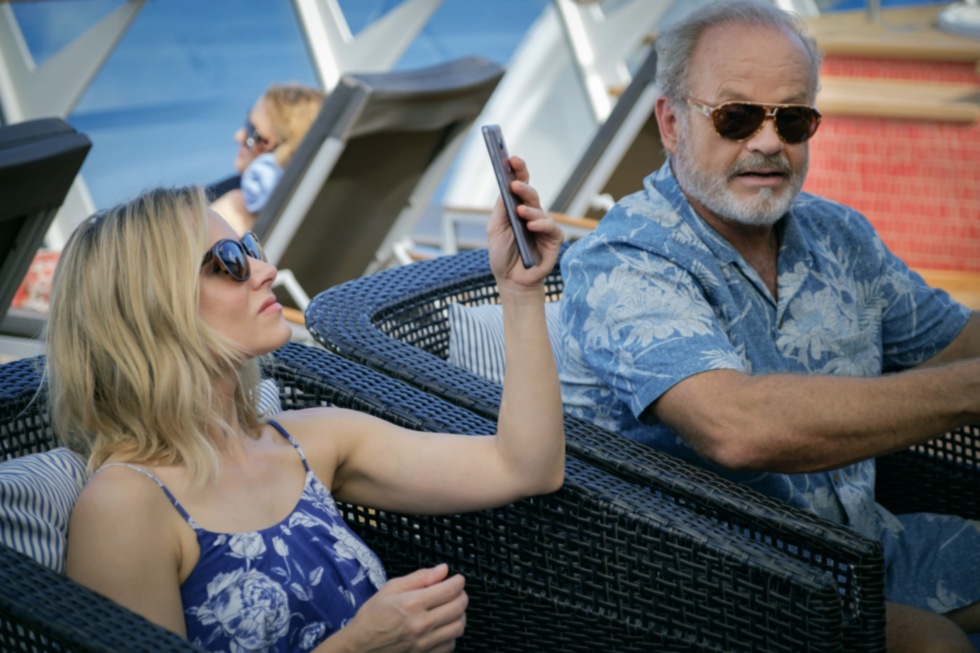