Jack Ryan is a Tom Clancy character who’s spanned 18 books and five movie adaptations. The origin story was most recently seen in 2014 starring Chris Pine. This Amazon series follows the same basic template. Ryan has a military background but is an analyst for the CIA that works at a desk and not in the field. Circumstances suddenly thrust him into action. In this case, he is chasing a terrorist Suleiman who is potentially the next Bin Laden.

The action scenes in the show are tremendous and are some of the best ever to be filmed for television. There was a lot of money, effort, and attention put into making the action pop in Jack Ryan. Unfortunately, the rest of the show is extremely generic. The story is paint by the numbers as far as these shows go.

A highlight for me is James Greer played by Wendell Pierce (The Wire). He plays the experienced leader of Jack Ryan’s team that doesn’t want the job he has but is very good at it nonetheless. He and Jack have the sort of relationship that you would see in a buddy cop movie. My favorite series of scenes revolve a drone pilot whose job is taking a massive toll on him mentally. I will avoid any more details so that it is not spoiled, but this side story has much emotional weight, and I will remember it more than any other scenes from the first season.

I am a big fan of John Krasinski, he played the iconic character Jim on The Office and more recently wrote/directed/starred in The Quiet Place. Regrettably, I think he was miscast in this role. He has bulked up and certainly looks the part, but this character needs more arrogance then he displays. Think of two former Jack Ryans: Alec Baldwin and Harrison Ford. They always bring a smarmy “look how great I am” attitude. Krasinski’s adaptation is more of an aww-shucks look at that I can shoot that guy well. Mentally we may be skewed by seeing him as Jim for nine seasons, but it just feels off. They also give him a love interest as well, which doesn’t help in this regard either.

It may just be a personal bias, but I am tired of seeing middle east terrorist villains portraited on TV. They quickly establish that James Greer is Muslim to show that it isn’t anti-Muslim, which was a smart decision. Beyond that, they check every stereotype box. Any scene in the middle east they play the same music that you have heard hundreds of times in shows and movies. They did at least try and give a backstory as to why Suleiman became the man he is and established his home life.

Ever since its initial announcement, I have been excited to watch Jack Ryan. I am a fan of all of the films and was looking forward to seeing this character translated to the small screen. I was disappointed that the story felt like one we have seen many times before. Despite my negativity, there are great moments along the way. Bottom line, Jack Ryan is worth checking out, but temper your expectations if you are expecting something unique. Amazon believes in it as it has already renewed it for Season 2.

I give Jack Ryan a C. 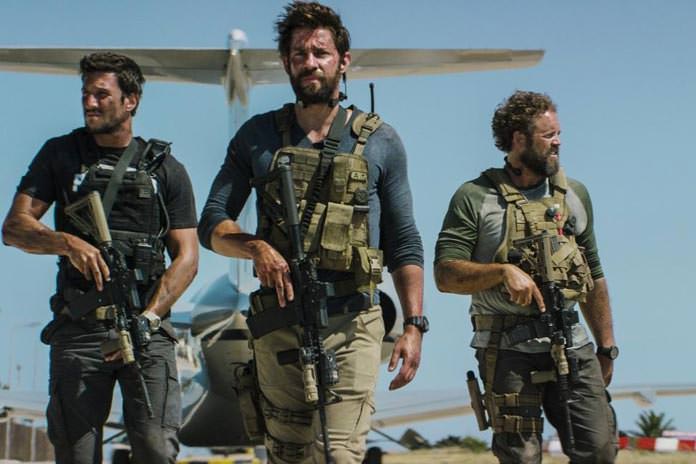