Hilda is now streaming on Netflix.

[Ed. note: Being that TV and City is on a bit of a hiatus, this article has not been edited.]

Based on the comic book by British author Luke Pearson, comes this adorable, happy-go-lucky animated series, Hilda. There aren’t enough words to describe how much joy this series brings, despite however old you may be.

Hilda follows the story of a young little girl who lives with her mom in the wilderness amongst mythical creatures such as elves and giants. However, circumstances beyond their control move them into the big city where Hilda must learn to navigate through an entirely new environment, and perhaps the scariest thing of all–humans.

This animated series is absolutely uplifting and the type of show that reminds you what it’s like to be a kid and how imagination once ruled our minds and took us to places beyond our wildest dreams. The best part about Hilda, is well, Hilda and her adorable British accent that has hooked you from the get-go. After all, who wouldn’t love a series cartoon-illustrated and narrated in a British accent?

Hilda is precisely the type of show that one should watch when you need to lift your spirits because despite it’s spooky moments, it brings a certain level of optimism and sunshine into your life (and seriously, this is despite however old you may be). Hilda’s imagination and her love for the wilderness make up the heart of the show, and there is a beautiful simplicity to her character that leaves your heart warm and gushy.

Perhaps the best part of the series is Hilda’s relationship with her mother who only wants the best for her wild, imaginative child. Their bond will pull at your heartstrings, and the love they share is the epitome of a mother/daughter relationship. The ease with which her mother joins Hilda on her silly, crazy adventures is admirable, and we are so here for it.

If you’re a fan of positive, inspiring stories with a hint of childhood imagination, Hilda is most certainly the show for you. And as it has been said twice before in this review, don’t let age deter you from this gem of a show because by the end you will find yourself smiling and wishing that Hilda could be your friend too.

I give Hilda an A. 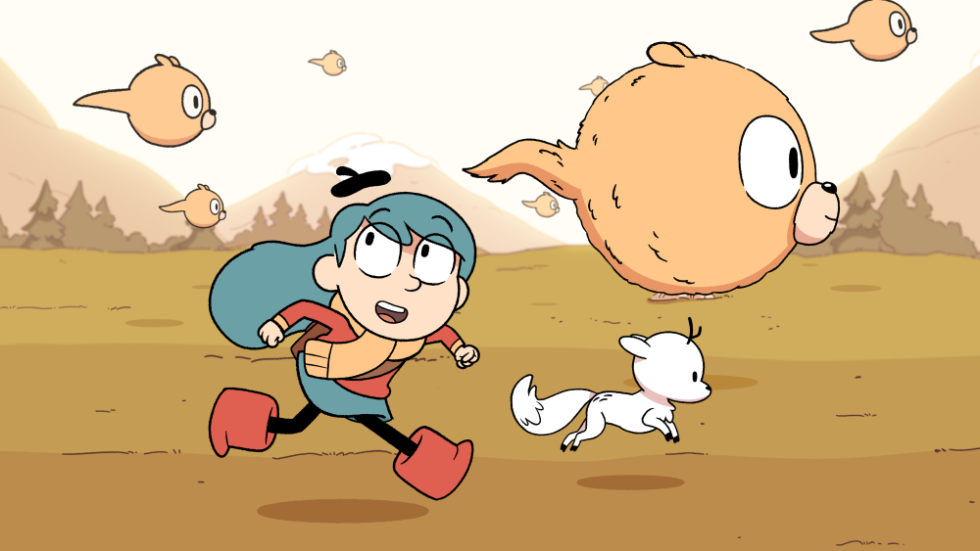