Julia Roberts is making her small-screen debut via Amazon’s Homecoming, a series based on Gimlet Media’s podcast by the same name. The series has not yet premiered but was given a two-season straight-to-series order, and after watching the first half of the series, I am not surprised.

This psychological thriller had me enamored from the get-go, and the Hitchcockian feel of the scenes, music, and acting made it that much better. There’s something to be said about a drama thriller like Homecoming whose premise is infused with so much mystery and allure, but not in an overwhelming way.

The plot of Homecoming follows a woman named Heidi Bergman, played by Roberts who works as a counselor at a facility that is designed to help war veterans adjust to everyday life at home. But there’s something eerie and frightening about the feel of the facility she is working at, and the moment the story starts shifting back and forth between the past and the present, it becomes clear why.

Heidi’s past is heavily intertwined with this facility, and as we see the Heidi of the present, it becomes glaringly obvious that something shady went down with the facility. But I won’t say much past that because this thriller is worth the watch, and there are so many things to look forward to as you watch each episode unfold.

Mr. Robot director Sam Esmail is the creative genius behind this production (and we can totally see his work shining through), and directs every episode of this first season. His style of filming and presenting boxed scenes with close-ups on every character is representative of his work, and it’s why Homecoming is as intriguing as it is. Esmail has the magic to bring a creepy, suspenseful story like this to life, and it’s how he films each shot that brings you in and makes you feel like you’re a part of the story.

What I appreciated about the six episodes I watched thus far is that they are short and concise rounding out at about 30 minutes each. It keeps the story moving along without dragging on for too long or causing the viewer to lose interest. In fact, you will find yourself wanting more, and that’s a tough feat to accomplish in television shows.

You will be blown away by this unique role that Roberts finds herself in as Heidi, and as each episode goes on, you begin to understand why this is such a great role for her. Joining Roberts in Homecoming is her My Best Friend’s Wedding co-star Dermot Mulroney as Heidi’s boyfriend, Stephan James as Walter Cruz, the young man Heidi instantly connects with as patient/doctor, Bobby Cannavale as Colin Belfast, Heidi’s blunt, rude supervisor, Shea Whigham as Thomas Carrasco, the Department of Defense employee looking into the Homecoming facility, and finally Jeremy Allen White as Shrier, another veteran at the facility.

The cast is stacked, the story is there, and each episode gradually builds up to the underlying mystery of the Homecoming facility. You will surely enjoy binge-watching a series like this because it is a treat to slowly watch the layers of the suspense peel back and reveal what sinister things are actually taking place. Welcome to the world of television, Julia Roberts, we are so thrilled to have you.

I give Homecoming a B+. 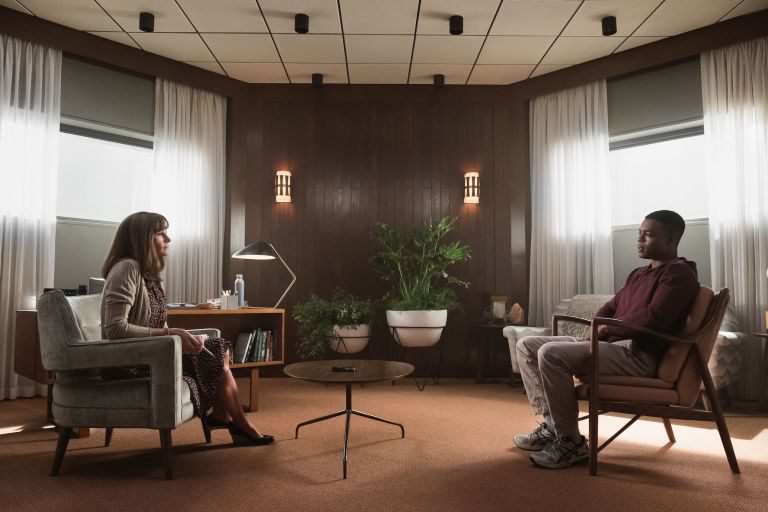