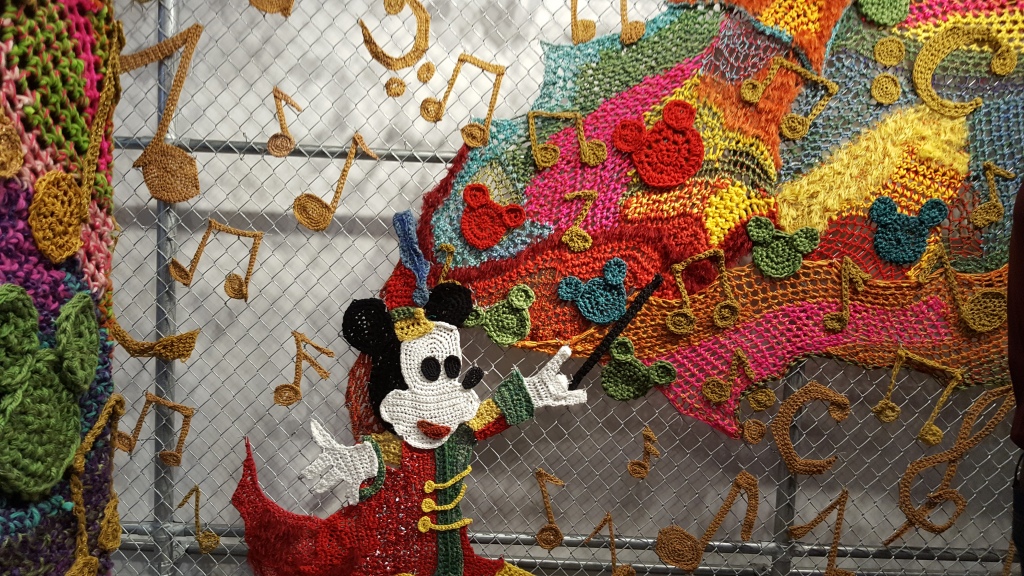 Celebrating 90 years of Mickey Mouse’s influence on art and pop culture, Disney has just opened a new exhibit in NYC. Located at 60 10th Avenue through February 2019, this immersive experience is inspired by Mickey’s status as a ‘true original’ and his consistent impact on the arts and creativity in all its forms. Guests have a chance to explore the 16,000 square-foot exhibition featuring both historic and contemporary work from renowned artists.

Curated by Darren Romanelli, the exhibit includes works of art by over 20 artists, depicting Mickey in a wide array of art forms. Beginning with a black and white section, Mickey in his early days is shown as Steamboat Willie through various interpretations. Mickey is such an iconic character that as long as artwork includes a few basic elements of his likeness, it’s quickly recognizable. The pieces pay homage to the original but keep Mickey relevant in a new era.

Once Mickey becomes colorized, we see him as the Sorcerer’s Apprentice from Fantasia, in the Mickey Mouse Club, on t-shirts, and on many other memorabilia. One room pays tribute to the women who worked at Disney in the colorization process. Many pieces of pop art are included in the space. New works from contemporary artists like Brian Roettinger and Daniel Arsham are displayed alongside older works from Keith Haring and Tetsuya Nomura.

Many of the installations are large, allowing visitors to step inside them for great photo opportunities. Other pieces are paintings, sculptures or works of art to be viewed more traditionally. Each room is set to appropriate Disney music. Be on the lookout for “hidden Mickeys” on doorknobs, chairs, and other fixtures.

The last room is a Mickey Game show, sponsored by Google Home. Beats headphones designed for the celebration are used throughout the show. In the gift shop area, there is one exhibit, Cosmic Cavern, by Kenny Scharf, that is open to the public without a ticket. Additionally, there is a make your own T-shirt area and the opportunity to personalize “ears” or a baseball hat.

Romanelli told us at the press preview earlier this week that he worked on this exhibit for two years. He spent time inviting the artists to create original pieces. He worked with The Walt Disney Archives, which contributed sketches and memorabilia to display, including the Oscar that Walt Disney won. His hard work has paid off in a beautiful, visually appealing, creative and fun pop-up.

To buy tickets, go to www.showclix.com/event/mickey-true-original. The retail store is open to the public (even without attending the exhibition) from 10am – 8pm Tuesday through Sunday. 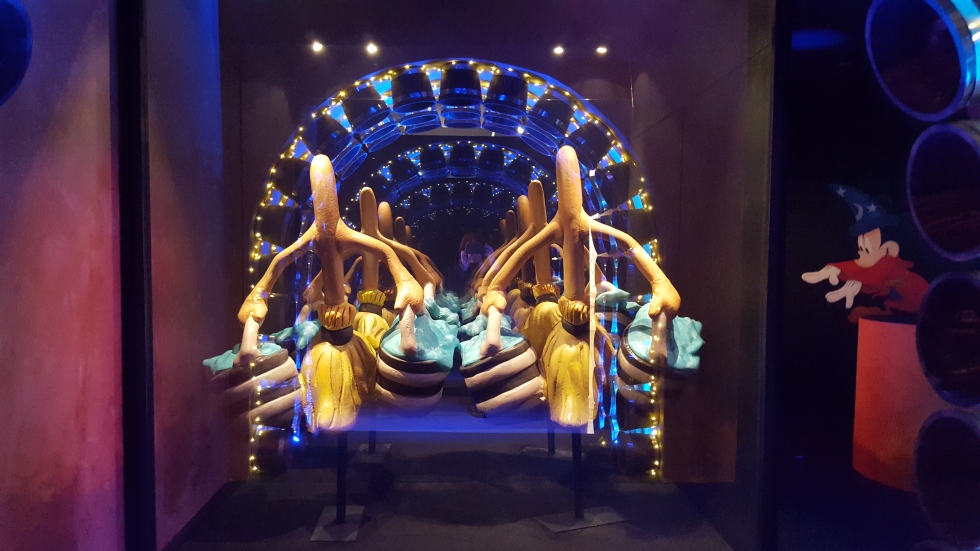