The House That Jack Built hits theaters on December 14th for a limited time.

Unlike what one would expect from a Lars Von Trier film, Trier’s latest is a surprisingly effective exercise in character building and dark comedy. As of late, the infamous “superstar” has been largely hit or miss, releasing films with high brow content, which end up being pretentious pieces of schlock at the end of the day. The biggest offender of this is easily Von Trier’s two-part film Nymphomaniac, an erotically distasteful venture, that will make you second guess yourself whenever sexual desires arise. With The House That Jack Built, Von Trier’s overly indulgent and narcissistic desires are put aside, for the most part, to deliver one of this year’s most perfectly paced and elaborately scandalous motion pictures. In other terms, I think I loved it?

It goes without saying that Dillon’s performance here may be one of the most underappreciated of this year. The amount of intense range and versatility in his mannerisms, adds an uncanny level of subtly to his obsessive and overly compulsive character. From the way he speaks to the way he walks, Dillon manages to fully transform himself into a role like no other. Even the rest of the supporting cast is brilliant, most notably Bruno Ganz’s role as Verge, a character who is played as the moral compass and excuser for Jack’s atrocious and heinous “incidents.” Bruno adds moments of sincerity and levity, to what is an incredibly graphic and disturbing film, to comment on the current situation of violence in our world today.

This is where things get a bit messy. Albeit the film’s occasionally hilarious dark comedy backdrops, (with a specific scene where Jack’s constant OCD affects him from leaving one of his victim’s houses, resulting for the police to come into play, nearly exposing Jack’s little secret), the film strives on metaphors and visual simile that sometimes results into some questionable territory. Most frequently seen in the majority of incident 4 and some bits of the epilogue, Lars Von Trier’s message becomes fuzzy, and begs the question “should you separate the art from the artist.” As much as I would like to think that Von Trier was commenting on the overly sexist and violent American culture of today, part of me also thinks that Von Trier, specifically in these scenes, was condoning the violence and sexism, based on his previous track record. Don’t forget that the reason why he was banned at Cannes to begin with, was because he said in the middle of a press conference “I’m a Nazi.”

The House That Jack Built may have some presumptuous messages being said, where it’s unclear if the film is or isn’t condoning Jack’s actions, but regardless, Von Trier has made yet another great film. Deeply disturbing and psychologically emaciating, The House That Jack Built is a wild graphic ride that will send you into the deep plummets of murderous hell.

I give The House That Jack Built an A-. 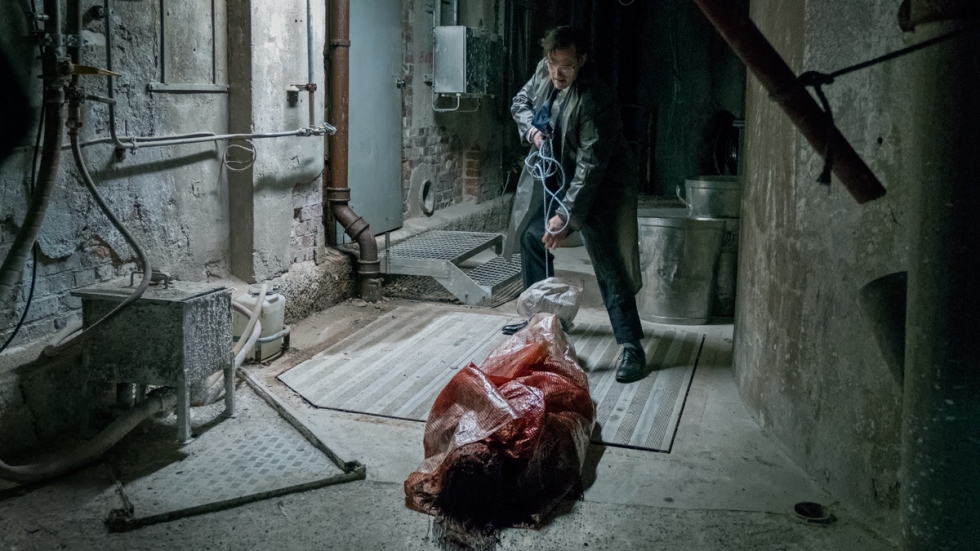