I’m growing more and more impressed with The History Channel’s forays into original television programming. The station has already graced us with interesting and vibrant shows such as “Vikings” and “Knightfall,” so it should come as no surprise that its latest offering is thoroughly well-done as well.

“Project Blue Book” debuts on Jan. 8 for a 10-episode run and follows the real-life case files of Dr. J. Allen Hynek as he investigates UFO sightings around the country.

Yes, the truth is out there and the comparisons between “Project Blue Book” and “The X-Files” will be loud and long. And why not, “Project Blue Book” stands on the shoulders of the “X-Files” in many ways. And yet, I found the new show to have plenty of legs to stand on by itself – and I enjoyed it for that very reason.

Still, the similarity of plots and stories will be hard to ignore, but in the end, the search and discovery that takes place are what makes both shows so wonderfully entertaining.

“Project Blue Book” is set in the aftermath of World War II and right in the middle of a Cold War that is heating up between Russia and the United States. Paranoia runs rampant and, as usual, government entities are determined to keep a lid on the ever-increasing unexplained experiences that keep popping up across America.

The government, and in this case the Air Force, want these sightings and experiences investigated, reports written and cases closed – all with plausible explanations to keep Americans calm. With the Russian threat looming large over the show, the feeling at governmental levels is the extra-terrestrial influence must be negated and debunked. Americans, we are told, are in the throes of a “mass hysteria.”

Enter into the fray Hynek, who is wonderfully delivered by Aidan Gillen. Hynek is a brilliant astrophysicist who just wants to get funding for a project he’s working on. So, he is somewhat surprised he’s been recruited to explain away these UFO encounters. However, money and recognition will be his, so he signs on.

Doing the recruiting is Air Force Captain Michael Quinn (again, very well played by Michael Malarkey), a handsome, self-assured soldier who reeks of self-confidence and charm, while also being tasked with keeping Hynek on course to “write reports and close cases.” He’s a WWII flying vet, so he brings that swagger, and the attendant issues, into the partnership.

Once the pair are engaged in the process, the fun really starts. While each episode works well as stand-alones, they are all interwoven into one long story that starts curiously before meandering nicely farther and farther into adjoining fields.

Even while Hynek proves more than adept at explaining some of what they’ve seen, each episode draws him closer to the realization that the government is covering up plenty, that former Nazi scientists are doing strangely groundbreaking work, and that this lark of a job is revealing interesting layers about whether he, his family and the rest of the world are truly alone.

From lights in the sky to alien encounters on the ground, Hynek and Quinn find themselves drawn into a world they didn’t know existed, or believed possible. And it shakes them both in different ways. But they aren’t alone.

The wonderful Neal McDonough is on tap as the Air Force string puller who seems to have his hand in just about everything as he tries to hide, trap, obfuscate and intimidate the situations and people that come across his path. While our intrepid duo are off to regularly investigate UFO and alien reports, Hynek’s wife, Mimi, is left to fend for herself a bit and proves adept at doing so while wondering just what her husband is into. We’ve got beautiful Russian spies, former “experiencers” who have been taken to a government “program,” and a shady secret entity or two pushing and pulling Hynek and his family in various directions.

Again, the stories told are drawn from the actual cases Hynek worked on for the clandestine Project Blue Book so many decades ago. And while our TV scientist and his Air Force partner do an interesting job of explaining away much of what they encounter, some of it simply has no explanation. And that’s what makes Hynek, Quinn and those around them so interesting as they are drawn deeper into the many mysteries surrounding.

If you can get past “The X-Files” comparisons and view “Project Blue Book” as its own entity, set in an interesting time for America, you’ll find a lot to like. I did.

I give Project Blue Book a B+. 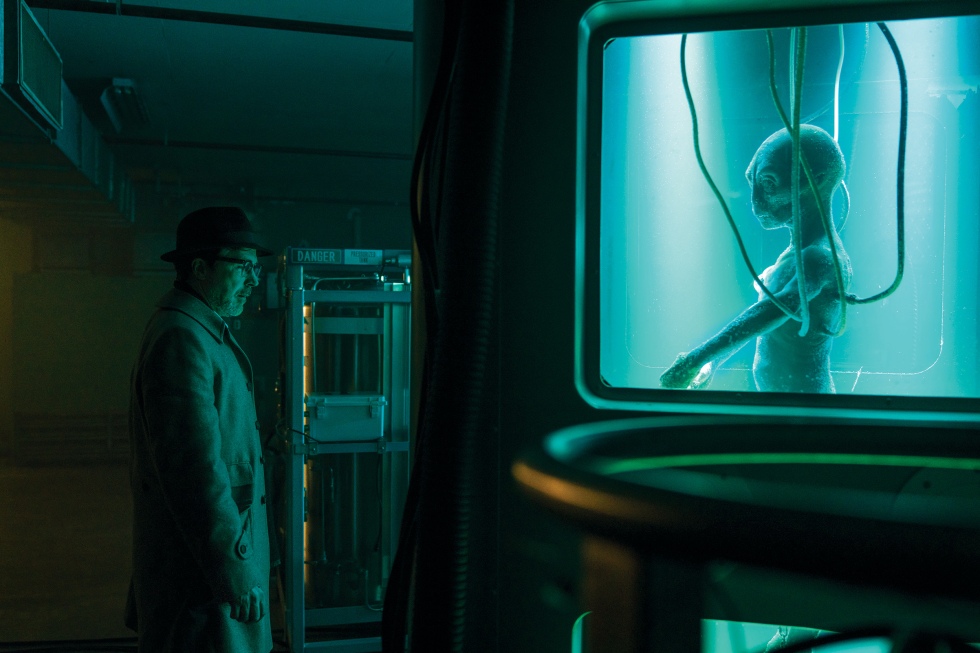