Huge in France is now streaming on Netflix.

Same story, different character. That sums up Huge in France in just a few words. The story follows real-life Canadian, Moroccan, and French comedian, Gad Elmaleh who is huge in France but in the United States, not so much. In an effort to reunite with his son, he moves to America with the idea that people will recognize who he is, but naturally, that fails in almost every way.

At first, the series seemed fairly intriguing and seemed like something worth investing my time into. But by the second episode, the interest completely subsided and I found myself struggling to care about the plot. However, I will say that Gad does a pretty good job playing himself in the context of a show about him. He’s aloof, he’s oblivious, and thinks that life should more or less be the same as it was in France. However, there are plenty of people unafraid to let him know he’s just not that famous in America.

As he arrives in the states, he runs into issues off the bat inclusive of a cavity search at Immigration to realizing his son grew up to be an all-out brat who could care less about his famous French father. We could have done without this storyline because it’s really nonsensical and honestly, a waste of time. I would have rather learned more about Gad’s life as a comedian in France, but the series does not think to focus on that–at all. Maybe that was intentional but it would have made a difference in the overall storyline.

I’m not sure if Gad wanted to point out that no one knew or cared about who he was, or if he enjoyed calling himself out in the way he did, but it’s simply not enjoyable either way. The autobiography-esque series was lost on me and it could have definitely been illustrated in a different way, and been way more exciting than it was. It seemed like a waste of time and maybe the only thing that made it remotely interesting was that the characters were all extremely weird and at times entertaining to watch–but even that’s a stretch.

I give Huge in France a D. 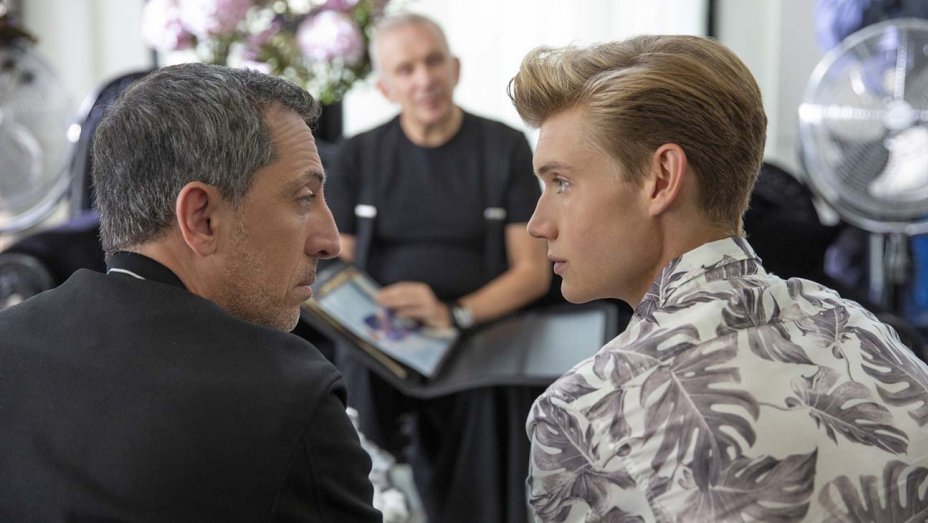