One Child Nation screened at this year’s Hot Docs Film Festival. Amazon Studios will release the film on August 9th.

Incrementally revealing a tainted disturbing piece of shadowed international history, Nanfu Wang’s One Child Nation is a shocking film that will simultaneously appall and educate audiences. Shedding light on recent issues correlating with abortion and strict economic regimes, the film ultimately suffices its audience with the everlasting stigma and trauma of China’s one-child policy, which just merely ended a few years ago. Nanfu demonstrates the effects of the policy on all sides of the spectrum, from heartbroken families to the village officials who enforced the policy, all the way to the human traffickers who sold “illegal” infants through the black market. The opening image of a dead fetus in a container, perfectly set up the film’s dark tone and keeps a consistent pace when detailing the numerous tragedies which happened during this lengthy period of China’s extensive history.

Yet, within all of its groundbreaking revelations, One Child Nation feels ultimately shallow and predictable for the material it’s unveiling. Mainly told from Nanfu’s perspective, and her discovery of her naivety throughout the timeframe of the policy, the film feels all too centered around her personal correlation with the events at play. The one-child nation policy, as described in the film, affected all. So why did the film center on so few subjects, relying on an all too contemplative and paint-by-numbers formula?

One Child Nation, while proactive through its material, is a slightly disappointing yet ferociously investigative doc, that succeeds at shocking its audience, but fails in delivering a memorable product.

I give One Child Nation a B-. 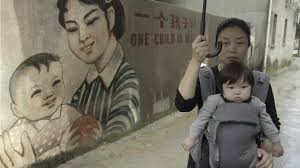