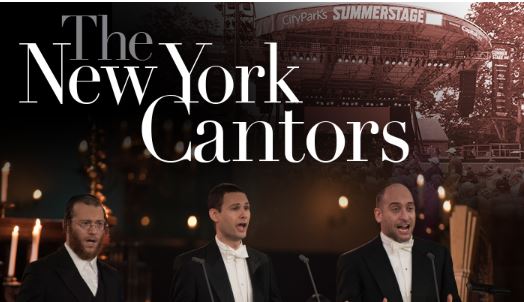 This past Wednesday night, June 12, Capital One City Parks Foundation SummerStage hosted a very special event presented by the National Yiddish Theatre Folksbiene with The Museum of Jewish Heritage in Central Park. Three world-famous New York cantors, Yaakov Lemmer, Azi Schwartz, and Netanel Hershtik sang together under the stars. These three young cantorial superstars have had a concert which aired on PBS and has been seen by millions of viewers on over 150 channels. The cantors lead three vibrant congregations in the New York area—Azi Schwartz at Park Avenue Synagogue, Yaakov (Yanky) Lemmer at Lincoln Square Synagogue and Netanel Hershtik at the Hamptons Synagogue.

The cantors were accompanied by a 16-piece orchestra, conducted by Artistic Director of The National Yiddish Theatre Folksbiene, Zalmen Mlotek. Special guests joining the show included Shulem (Lemmer, Yaakov’s younger brother), a young Chassidic singing star and recently signed Universal Music/Decca Gold recording artist; Grammy-winning klezmer icon Frank London, a founding member of the Klezmatics, who performed the world premiere of his new klezmer concerto, “Freylekhs – A Klezmer Fantasy for Orchestra and Trumpet,” a beautiful piece. During the evening, London received the Zalman and Chana Mlotek prize for contribution to Yiddish culture. Also appearing was Andrew Kurtz, Musical Director of the Fort Myer’s Symphony Orchestra. The humorous emcee was Rabbi Joseph Potasnik, Chairman of the New York Board of Rabbis and co-host of “The Rabbi and the Rev,” a weekly radio program on WABC.

The cantors performed a range of selections in various languages including Hebrew, Yiddish, English, Ladino and Italian. Some pieces were liturgical (Sheyibaneh Beit Hamikdash) and some were popular (a moving rendition of Leonard Cohen’s Hallelujah), as each cantor had an opportunity to select their own solo pieces. One of the more moving moments was when the two Lemmer brothers sang a song to their mother who was in the audience. Since the three cantors have been singing together for a while, they have developed a repertoire of crowd-pleasers that includes a few songs which beg for audience participation (Ose Shalom). It was a very uplifting evening.

The revival of Yiddish and interest in Yiddish music and theater are in no small part due to the National Yiddish Theater. Their production of Fiddler on the Roof in Yiddish has been a smash success. It has been nominated for Outer Critics Circle, Drama Desk and Lucille Lortel Awards, and is now playing to delighted audiences at Stage 42. Tickets are available at http://fiddlernyc.com/. Now entering its 105thseason, Tony Award-nominated and Drama Desk Award-winning National Yiddish Theatre Folksbiene (NYTF) is the longest consecutively producing theatre in the US and the world’s oldest continuously operating Yiddish theatre company. NYTF is in residence at the Museum of Jewish Heritage – A Living Memorial to the Holocaust. 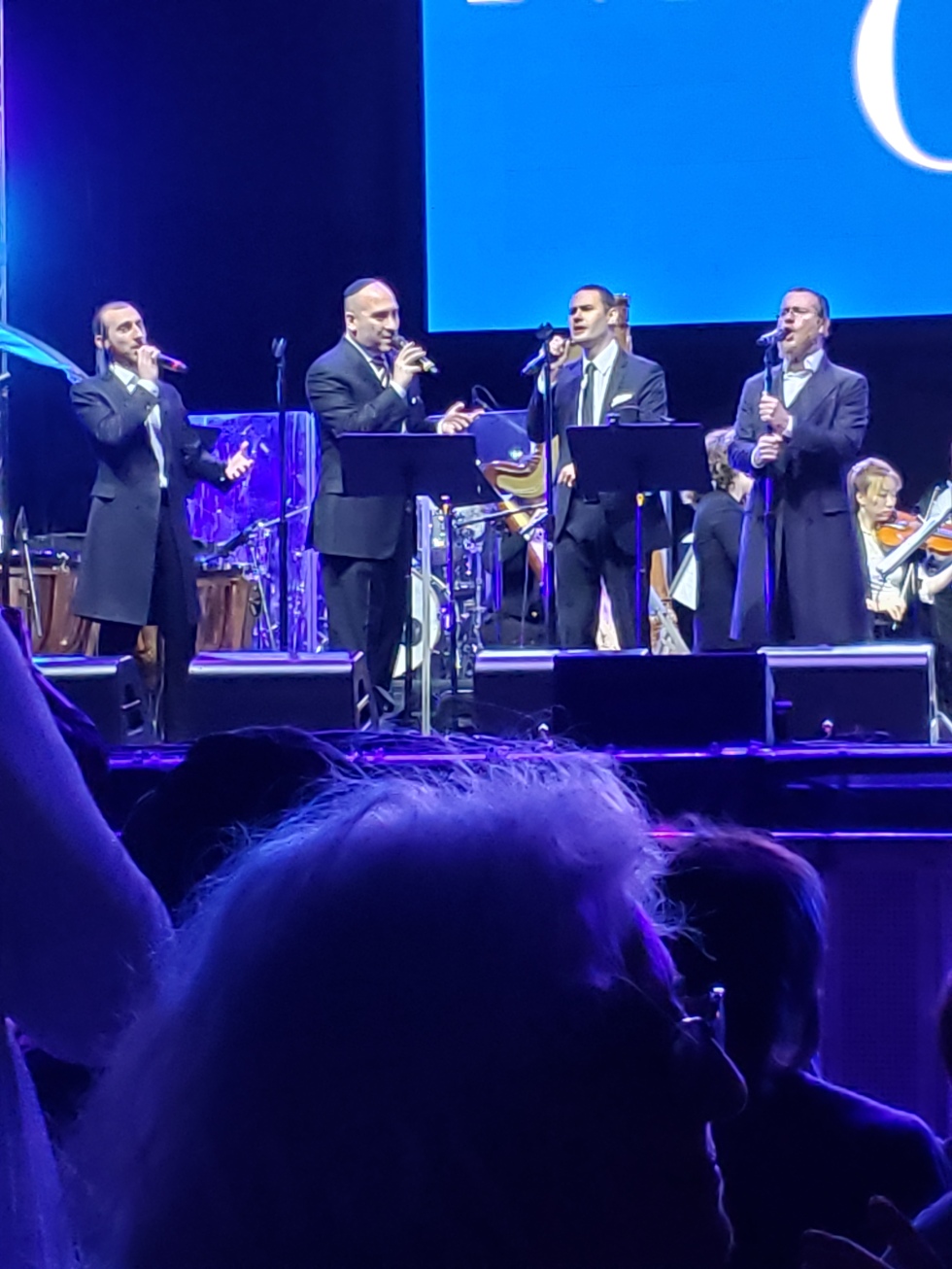