With Apple TV+’s first wave of original programming arriving on November 1st, none is more anticipated than The Morning Show, a dramatic series centered around the high stakes of producing a network morning news program. Beyond the plot, are major stars like Reese Witherspoon, Steve Carrell, Billy Crudup and Jennifer Aniston that have been attracted to the project and help propel this show into a very different stratosphere than what is currently being offered on television. But despite its best efforts and all the money that can be thrown its way, The Morning Show is not essential television.

Aniston stars as Alex Leavy, a morning news anchor that is rocked by the news that her former co-host Mitch (Carrell), has been fired due to sexual misconduct allegations. This move leaves her team and the show’s network scrambling in an effort to avoid slipping in the ratings and from America’s interest. As this narrative begins to gain momentum, a viral field correspondent, Bradly Jackson (Witherspoon), is placed on a path that propels her to becoming Leavy’s co-host. As the duo begins their journey together amidst ongoing drama behind the scenes, the various plotlines begin to wind together offering a much more complicated picture of delivering the news to the public each day. The central plot seems something ripped straight from today’s headlines as it is an all too familiar downfall of a public figure in a post-MeToo movement. What The Morning Show does well is to show the full impact of something so serious from all angles that are affected. In the first several episodes, this approach is highly successful as they make sure to show Mitch’s journey through his trial of public opinion alongside Alex and the show’s maneuvers around getting trapped by the scandal.

It’s easily discernible that the money being spent on production and cast, reportedly $17 million per episode, has afforded this show some grace as it finds its footing in its first season but it does not spare it from succumbing to bland writing that is having to be bailed out by the impressive cast at almost every turn. Many times the dialogue taking place is predictable, uninspiring and poor only to be elevated by the actors delivering the lines. As divisive as the show might have been while on air, it made me appreciate and miss The Newsroom even more given Aaron Sorkin’s incredible talent for high-pressured dialogue. The Morning Show attempts to achieve some of the very same moments as The Newsroom but at no point comes close to being able to capitalize on best utilizing the many resources at its disposal.

After several episodes, it was easy to see that there were true moments of intrigue hidden within a relatively mediocre show who’s concept has been achieved in better fashion several years prior, however, I found myself still being able to enjoy each episode due to the incredible acting talent and high production value. The Morning Show is not great television but it has the potential to grow into greatness and despite its glaring flaws I still found myself compelled to continue watching to see where the story would turn next. It is a series that can become something more in time but will be a process that requires patience on the viewer’s end that if you are not willing to give should be avoided in favor of something more immediate.

I give The Morning Show a B+. 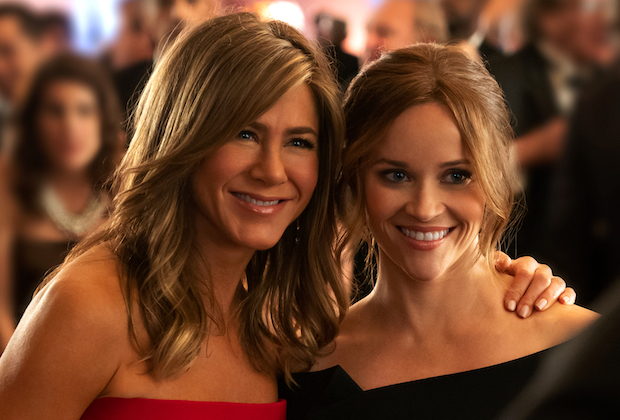 One thought on “The Morning Show: Season 1 – Review”