Over the past few years, writer/director Trey Edward Shults has proven himself to possibly be one of the most interesting up and coming filmmakers of our generation. While I didn’t love Krisha like many seem to have, I thought it was a very interesting feature debut with a ton of promise behind the camera. He then followed that up with It Comes At Night, which I not only thought was a significant improvement, but a masterpiece that felt like the perfect lovechild of Stanley Kubrick and Jeff Nichols. The bottom line is that I was excited for Waves to say the least, especially after the incredible trailer and strong reviews, and to say that Trey Edward Shults has made another great film with Waves is an understatement.

It’s very hard to talk about Waves without revealing some secrets (be aware that the marketing for this film is very misleading), so I can’t really talk about the premise, but I will say that this might be Shults’ best work as a writer to date. He sets up the story and the characters in such a fluent way, the dialogue is very natural, and he plays with story structure in a way that is so audacious, yet it really works.

As incredible as Shults’ writing here is, it’s his direction that really brings everything here together. He sets up a very raw tone early on, the drastic change in tone in the second half works to great effect, all of the drama is so well staged and all of the emotional beats are so expertly handled. The filmmaking itself is top-notch all around, with Drew Daniels’ cinematography being the highlight (possibly the best cinematography of the year), as the cinematography not only makes the viewer feel immersed into the film’s atmosphere early on but also creates a sense of anxiety throughout a large portion of the runtime. Credit should also be given to editors Trey Edward Shults and Isaac Hagy, composers Trent Renzor and Atticus Ross, and production designer Elliott Hostetter for all of their contributions to create such an immersive and anxiety-inducing experience, and even the soundtrack selection of various songs itself works to great effect.

However, as strong the filmmaking and writing are, the performances are also key to the success of Waves. All of the key performances are strong across the board, but it’s Kelvin Harrison Jr. (who gives what is currently my favorite male performance of the year) and Taylor Russell who both really shine here with their phenomenal performances.

I wish I could talk more about how masterful Waves is, but that would bring me into spoiler territory. However, I will say that if It Comes At Night and Krisha both showed that Trey Edward Shults might potentially have a great future as a filmmaker, then Waves most certainly confirms it, as Shults has outdone himself once again, delivering one of the absolute best films of the year. Waves won’t work for everyone due to its audacious nature. In fact, many people are going to hate it. That said, I’d strongly recommend seeing it regardless, because it is such a special film, one that I think that many people will connect with on a very personal level. As for me, I absolutely adored Waves, and I am very much looking forward to Trey Edward Shults’ next film, whatever that may be. 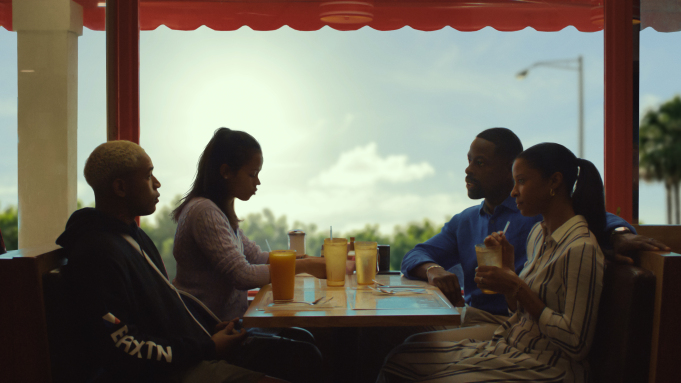