Don’t be fooled by the light opening scene of the Public Theater’s Mobile Unit adaptation of William’s Shakespeare’s Measure for Measure which began performances at the Public this past week. The show is actually quite dark.

One of Shakespeare’s lesser performed plays, Measure for Measure, tells the story of the nun Isabella (personifying mercy) who seeks to exonerate her brother who has been sentenced to die by Angelo (personifying justice) who is ruling in place of the Duke (personifying both? neither? Matchmaking?) who has gone undercover as a friar to see what really goes on in his city. Angelo asks for Isabelle’s virginity. It’s effectively a 1604 #MeToo story, that feels only more relevant nowadays.

There are lots of characters and it can get confusing keeping track of them at first (even this production has already cut out a few for brevity’s sake.) You’ll want to consult the infographic in your program which describes the character’s relationships with each other. And don’t worry about having to see in the dark, the “house lights” are on for the entire duration of the play. It’s a small, in the round, black box-style production with a small performing and minimal set. The costume racks are off to the sides of the room, but very visible, and sometimes watching the cast put on their costumes can be distracting. But the staging itself is creative and dynamic. The brilliant direction by LA Williams is clever and effective. You can see his creative touch in every scene. He essentially makes it a contemporary performance. He flourishes out the overt and less overt sexuality that pervades the entire show.

The cast members themselves, all of whom are black women, are phenomenal. They command the text and each line is presented powerfully and properly. You can tell they’ve spent time with the text and they know it so well that its second nature. They present the lines so effectively and emotionally precise that you almost forget the language is Shakespearean. Every joke is funny, every shout gives you chills. They know exactly what they’re saying and why.

For a show with minimal costumes and sets, it makes up for in perfect acting, direction, and choreography. 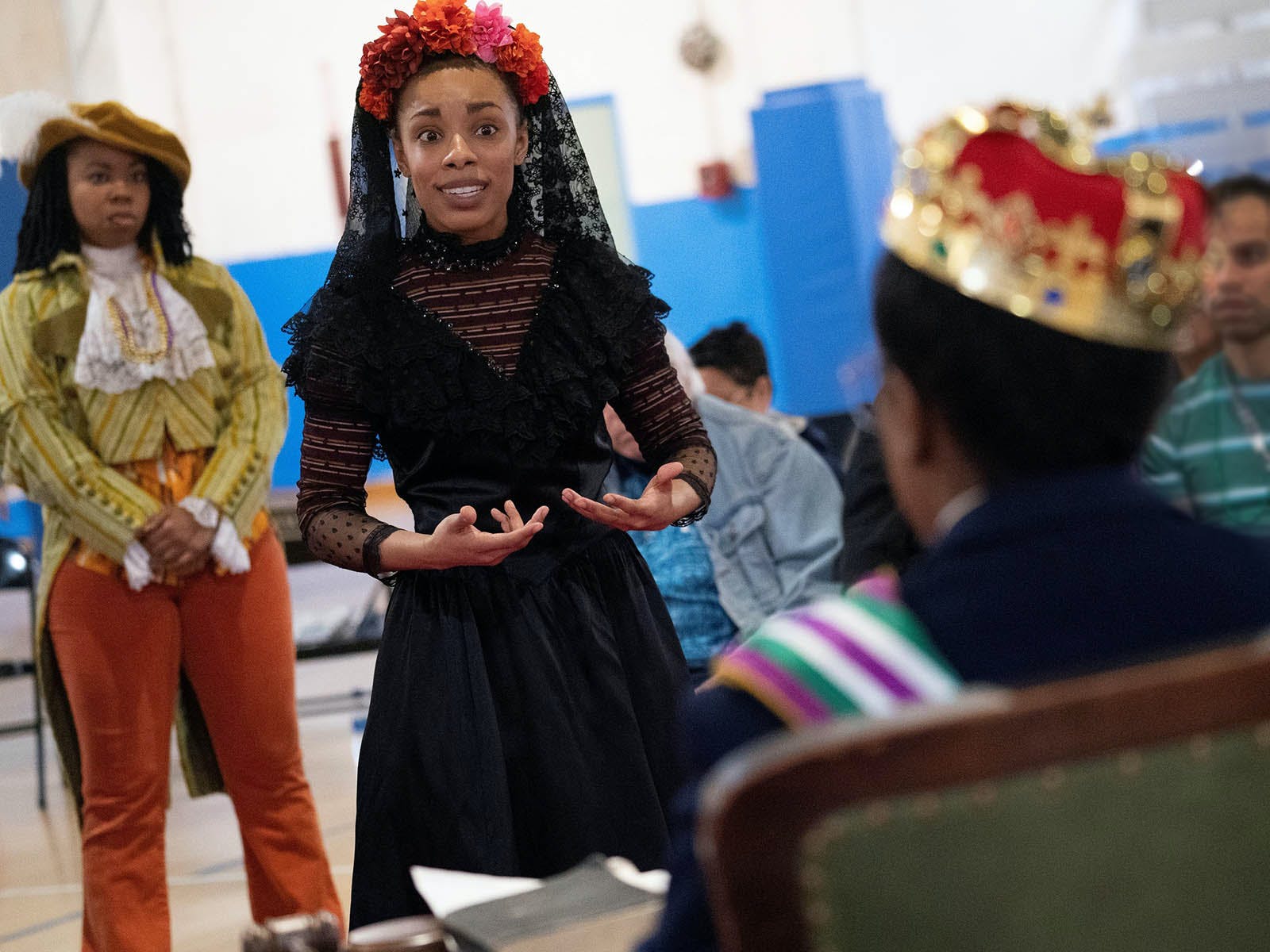