Downhill rolls into theaters on February 14.

It’s great to see comedic actors take on serious roles. Adam Sandler in Uncut Gems, for example, recently reminded audiences that he holds talent beyond the realm of slapstick. But it can be even more rewarding when those funny thespians mesh their skills with a meaty dramatic part. In Downhill (an American remake of the Swedish film Force Majeure), Will Ferrell and Julia Louis-Dreyfus do exactly that, with magnificent results.

Despite the weekend of release, this movie is not one suited for a Valentine’s Day date. Downhill follows a family on a ski trip abroad. What seems like an innocently fun vacation takes a startling turn when an avalanche comes rattling down the snow-covered mountain. Fearing for their lives, the father grabs his iPhone and runs to safety, leaving behind his wife and two teenage sons. After this split-second decision, can any of the family’s relationships ever be the same?

There are just a handful of speaking roles aside from Ferrell and Louis-Dreyfuss, and only three – Zach Woods and Zoë Chao as a friendly couple and Miranda Otto as an invasive lodge employee – are notable. Paired with just a few scenic locations, this allows the two stars to really carry the clever script and have a showcase for their acting. There are showy scenes of yelling and subtle scenes of arguments left unsaid. Yet all the while, the film impressively never loses its humorous tone. It’s a dark comedy to the fullest extent of the genre, asking viewers to giggle at marital angst.

I give Downhill an A-. 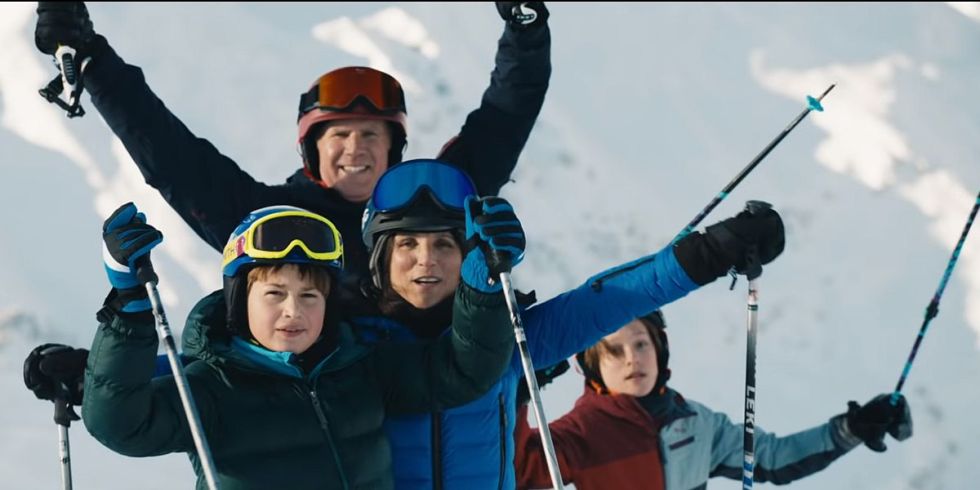