Buffaloed is now in theaters.

If Flower showed that Zoey Deutch has potential as a comedy star, then Buffaloed confirms that she is the real deal, as she turns in the performance of her career with practically impeccable comedic timing throughout.

That said, it doesn’t hurt that the film Deutch is leading is great in itself, too. It might be familiar in its stylistic approach, but director Tanya Wexler and writer Brian Sacca give this The Big Short-esque narrative a fairly fresh approach, particularly in that it doesn’t have a sense of smugness that most of these types of films have. It also helps that the film is super energetic and consistently amusing throughout, sometimes outright hysterical.

Overall, while Buffaloed might feel somewhat familiar narratively, it’s still a great comedy that is very much worthwhile, mostly due to Zoey Deutch’s exceptional performance.

I give Buffaloed an A-. 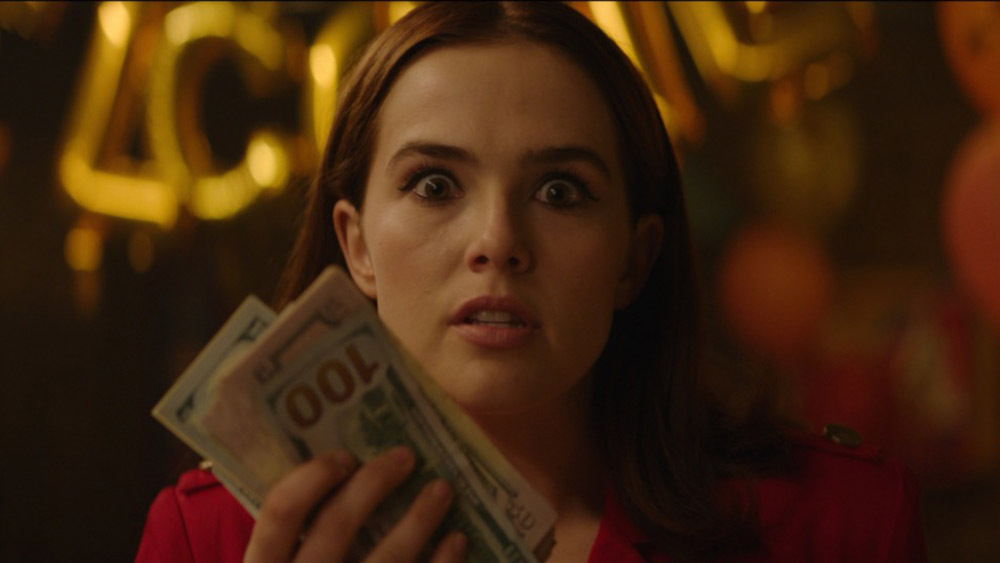