On paper, a show can have everything go in its favor; premise, cast, direction, only for it to fall short once available for public consumption. For me, Hunters managed to become this exact problem by delivering on all accounts in its build-up but ultimately injuring itself with narrative indecisiveness.

Hunters revolves around the world of Jonah Heidlelbaum, a Jewish teenager living in New York City in the late 70s who after witnessing his grandmother’s murder is thrust into a world of hunting Nazis who escaped persecution after WWII and embedded themselves in American society in order to bring about the Fourth Reich. Jonah ends up taking his grandmother’s place in an organized group of these hunters lead by Meyer Offerman (Pacino). Being the youngest among these established killers provides major challenges as the group continues its work but Jonah does not share the group’s shared feeling of resolute judgment despite all of the crimes the accused have committed.

Jonah’s internal struggle, while somewhat understandable to the uninitiated, is where the show completely lost me as every member of the group understands his or her purpose and why they have to kill these killers in hiding, however, Jonah chooses to stop and ask why. The issue with this is that from the beginning Hunters props itself upon the kitschy idea that there is a secret group of Nazi hunters that prevents the onslaught of another Nazi uprising. But instead of just building the show from that premise it then also tries to ask if this same group is doing the right thing by blindly finding and killing these former killers and if there could possibly be another way which results in a convoluted message that delays its protagonist from truly becoming something more than just a catalyst for the rest of the group’s progress.

Truthfully, Hunters has a lot of great moments to offer. It has excellent villains with each episode focusing on a former Nazi officer that committed atrocities during the War and who is ultimately brought to justice at the hands of this hunting party. It has interesting sub-plots as we follow a high-ranking Nazi officer who has infiltrated the White House, the sadistic killer who is on the Hunters’ trail and an FBI agent that could expose both sides unknowingly. The cast is solid offering good performances from Pacino, Logan Lerman, Millie Morris and more and does an excellent job at allowing each member of the Hunters to shine in their own way – with the best being their entertaining introductions/backstories when meeting Jonah for the first time.

Overall, Hunters delivers enough on certain entertaining aspects that should you be the slightest interested in watching you would not be overly let down, however, while I enjoyed the majority of the show I also watched in a place where I had little patience for a waining narrative structure. Its attempt at proposing a moral argument in the face of what the Hunters seek to accomplish felt trite and unnecessary and left me wishing instead that I could just be entertained with an intriguing revenge story with no strings attached.

I give Hunters a B-. 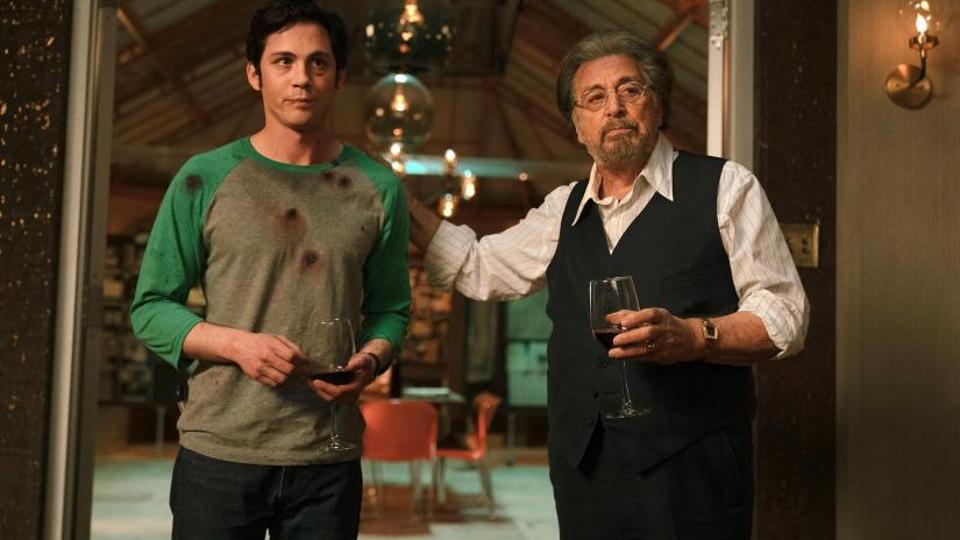