I Am Not Okay with This is now streaming on Netflix.

The first season of I Am Not Okay with This is undeniably a television show. Brimming with a cast, story, and episodes, it’s a Netflix program that can irrefutably be described as existent. It is truly one of the shows February 2020 has to offer.

I kid, I kid. But to be quite honest, I found I Am Not Okay with This painfully average. The coming-of-age tale is filled with angst and superpowers (essentially a Carrie ripoff), and yet manages to only meagerly produce a “meh” out of its viewers. It tries hard to be quirky and over-stylized. The problem is that the show lacks any real substance. Seven 20-minute episodes fly by before you know it, and not in a good way. Like I said, the production value isn’t bad by any means, it just fails to stand out in the slightest.

This series concludes exactly where it should have started from! At the very least, the entire first season could have been condensed into two, or even a single episode. It’s hard to describe without spoiling the whole thing, but being Netflix, fans will have to wait a year for any of this saga’s actual story.

So who is this show for? Fans of the IT franchise, it seems. Starlet Sophia Lillis plays the lead here and is reunited with her ally against Pennywise, Wyatt Oleff. He plays the quirky weirdo and possible love interest. They are both – predictably – great! The pair have fantastic platonic chemistry and are two talented young actors. If they pick their roles right, they are going places. It’s a shame the rest of the show is so… blah. 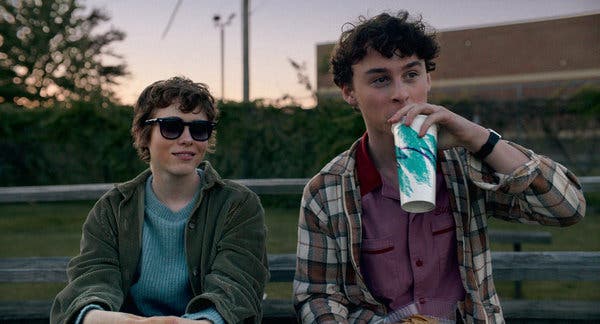