The Politician‘s second season is now streaming on Netflix.

Returning for a second season, The Politician manages to bring another interesting and enjoyable story as we follow our protagonist, now more mature and tackling some serious issues during his new campaign. The series admittedly follows a familiar route and has similar story beats as its first series but the new setting and developed characters help keep this season feeling fresh and original. The Politician keeps the same tone and pace throughout too, with plenty of dark humor and satire to accompany you through Payton’s journey.

The story picks up after the first season as Payton and his friends decide to run for the State Senate of New York, against his district’s representative, Dede Standish. However, he has his work cut out for him as the current State Senator has been running unopposed for over 30 years. Thankfully, he’s not alone though as his friends rally around and work with Payton to help him realize his dream and become one step closer to the White House. Determined to make a difference and win the younger vote, Payton’s main agenda is climate change which is one of the big issues tackled this season.

What works really well in The Politician are the character dynamics and how they bounce off each other’s energy. They’re all very diverse and interesting, with some great chemistry on screen. After the first season in high school, each character returns with more maturity and the actors give some great performances with their roles.

Bete Midler and Judith Light are the two who really stand out here though and steal the show with some of their scenes. They are the perfect contrast as older women trying to follow the changes young people are desperate to bring forward, sometimes with a sharp bite of humor.

The series tackles some very important and factual political themes throughout; climate change is predominately present but the subject of sexual fluidity is also explored too. These thankfully don’t feel too on-the-nose and The Politician manages to cleverly add a satirical spin on each theme touched upon.

Morality and ethics are also big talking points for Payton as he struggles to find who he really is and whether he should do the right thing to get where he wants. This was well-developed during the run-time as we witness our protagonist change and grow over the seven episodes.

This second season does follow a similar path as its first with Payton trying to get elected and facing multiple challenges along the way. However, this is necessary as we follow Payton’s ambition to get to the White House. The fifth further enhances this too, presenting an episode in the voters’ point of view and offering up something that feels like a nod toward the equally similar episode in its first season.

The Politician may not be for everyone but if you enjoyed last year’s effort, this drama serves up a familiar but largely enjoyable follow-up. While most of the dark humor lands quite well, other moments are a little questionable (the rock paper scissor shtick comes to mind). Still, our diverse group of characters is back and this is easily the highlight of the entire series. The Politician remains an easy to watch and enjoyable dramedy, one that’s well worth checking out if you were a fan of the first season.

I give The Politician Season 2 a B. 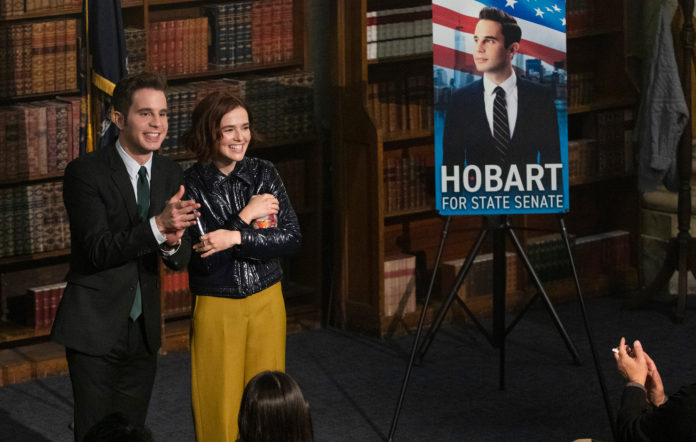