Yikes, folks, yikes. I know that we’ve been saturated with streaming services lately, and have had so many shows thrown at us. And while I understand the notion that not every single show reviewers will screen will be good, I don’t think I have seen a show crash and burn like this Peacock original.

I wanted to enjoy Intelligence for the mere fact that David Schwimmer is in it, but even that doesn’t help this workplace comedy lift off the ground. Sorry guys, even Ross can’t save this one. Perhaps others will find a reason to love it anyway, but from my end, I couldn’t wait for episodes to end because it was full of cringe comments and inappropriate culture innuendos.

In short, Intelligence is a workplace comedy that takes place in the UK’s version of the NSA, aka the Government Communications Headquarters. It’s supposed to be a satirical version of MI5 and MI6, but again, it fails miserably at engaging us long enough to care about its actual premise.

Schwimmer stars as an NSA agent that is arrogant, racist, sexist, and an all-around pompous guy. In fact, some of the jokes they give his character do not translate well on-screen. There’s a way to deliver jokes surrounding sensitive topics but Intelligence makes it a complete disaster every time they try. As I’ve already mentioned, it’s cringe-worthy the steps they took sometimes to come off as funny.

I’m uncertain why Schwimmer decided to take on this project or what about it stood out to him, but it feels like the completely wrong fit for him, even with his comedy background. Despite being a relatively good actor, that part of him doesn’t come through in the slightest bit in Intelligence. Instead, it feels like he’s trying to fight through messy, convoluted writing that means to be hilarious, but more often than not, is condescending and nonsensical.

I don’t see how this show could go on to see more than one season on Peacock, but on that same note, given this particular streaming service isn’t as big as some of the others we’ve seen of recently, perhaps it is the perfect place for it to call home. Not many will flock to watch it, considering many won’t flock to obtain this streaming service either, except maybe to watch Psych 2 (I know that’s why I got Peacock, let’s be real).

If you’re being lured in by the fact that David Schwimmer is in this comedy series, let me warn you, you will be very, very disappointed. Anyone watching this series should go in with less than zero expectations, and perhaps then you won’t feel as disappointed as I did attempting to get through it. However, if you’re looking for mindless television that can produce noise in the background as you’re working, then maybe Intelligence will be just the show for you. We all need some white noise, right?

I give Intelligence an F. 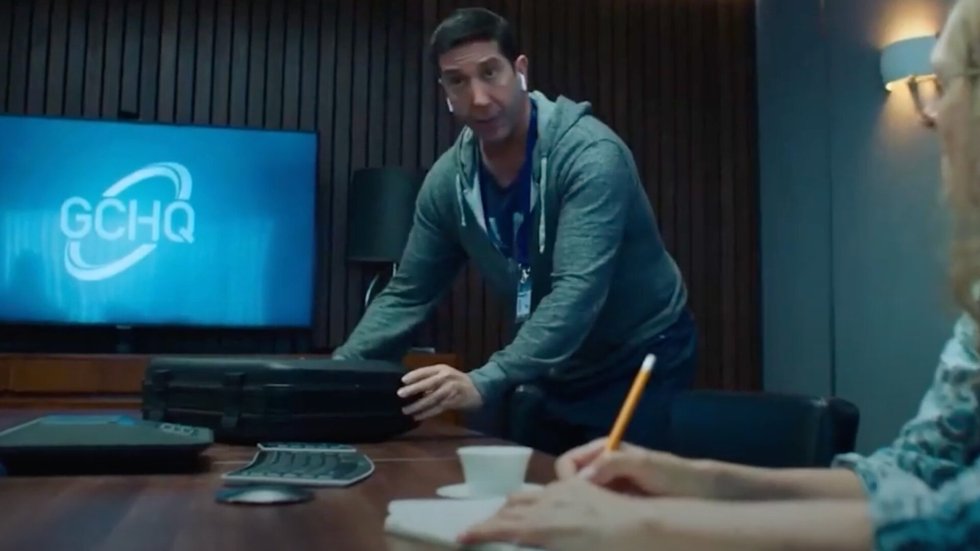