I’ll admit, Warrior Nun did not seem like my type of show, and for the most part, it wasn’t. In a nutshell, this Netflix Original is a teen demon fighting series which involves demonic spirits, holy spirits, and demon-fighting nuns. Yes, demon-fighting nuns. When I started watching the episodes, I had a veil of preconceived notions surrounding the whole premise of the show. Why would something of this nature be remotely interesting to someone who is into romcoms and period dramas? Am I just going to hate on this show for the sake of hating on it?

Well, while I didn’t love every episode of Warrior Nun season 1 that I watched, I was pleasantly surprised, by my standards. The story follows a young woman named Ava (Alba Baptista) who wakes up to learn that life has taken a very strange and odd turn, and she’s essentially teeter-tottering between life and death–being kept alive only by some ancient artifact embedded in her back. Without any choice of her own, she’s forced to join a group of nuns she doesn’t want, and is quite literally facing the forces of Heaven and Hell.

I don’t want to go into more detail than that so as not to give away too much. If you’ve read the comic (of the same name) it’s based off of by writer/artist Ben Dunn, then you will likely have more of an idea than anyone that hasn’t heard anything about Warrior Nun. I think there’s an element of fun and surprise in not knowing what to expect, because the very last thing you do expect is to see a bunch of nuns kicking ass and taking names.

Perhaps that is precisely what kept me engaged throughout the episodes I watched. The sheer ridiculousness of the premise and plot, and the direction the story was going in. I mean it was all over the place while simultaneously managing to keep it all together. Honestly, I don’t think I have the proper words to describe the type of show Warrior Nun is.

But if I try hard enough I’d describe it as unpredictable, entertaining, a bit wild at times, and a “church-themed apocalypse.” It has all the vibes of an apocalyptic thriller, but it’s humorous at times, incredibly cheesy most of the time, and has bouts of moments that keep you engaged, at least temporarily.

So, should you watch Warrior Nun? Is it worth your time? For someone that went into this expecting to hate it, I got through 6 episodes at a fairly quick pace, if that helps put things into perspective. So, I will tell you and leave you with this–buckle in for a mediocre visual effects ride through Spain as you watch teens and nuns conquer and defeat demons. It may not be your cup of tea, but the wildly entertaining premise may be enough to keep you watching. Plus, who doesn’t love an apocalyptic series that may be the closest thing we’ve gotten to Buffy: The Vampire Slayer?

I give Warrior Nun a C. 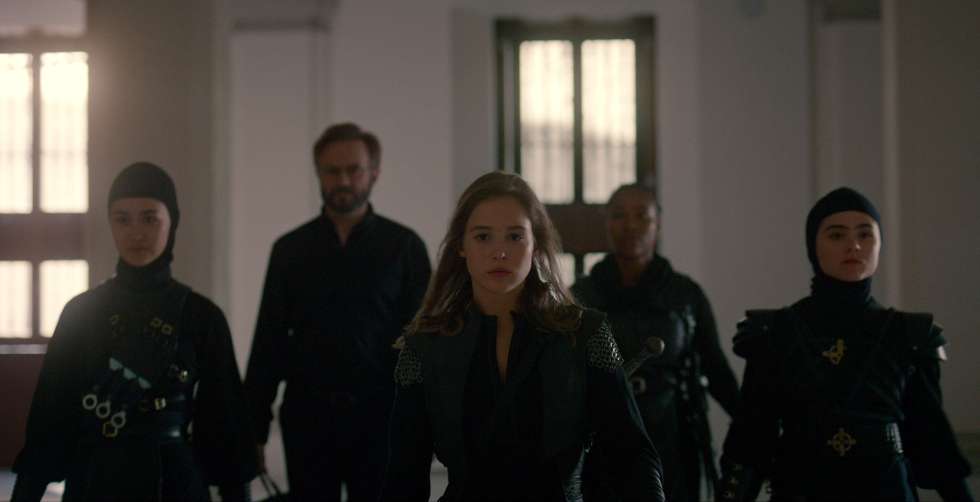