First Cow is an A24 release currently available to buy on digital platforms.

“Why is a baker like a beggar? They both need to get that bread.”

I had gotten a text from a friend who was watching the film at the same time as me. We’d started the film right around the same time so the moment the cow appears on screen, the friend texted me saying “I can’t believe it, a film about the invention of cows.”

All jokes aside, First Cow is a warm hug of a film until it isn’t, a film as dripping with personality and flavor as one of its leads’ oily cakes that set the Pacific Northwest aflame with culinary possibilities. It’s a film that takes the genre conventions of the Western and strips them down to their barest essence until it becomes something new. Kelly Reichardt, director, writer, and editor of this small film that packs a lot of punch, previously tackled the Western in 2010’s Meek’s Cutoff. That film punctured a hole in the gut of Manifest Destiny with its tale of a wagon train led into ruin by the arrogance of man, positing our pioneers as genocidal dumbasses who survived the trek by pure happenstance. This one is a far more accessible one, and a far gentler film at that, but both are approaching the genre from opposite angles.

There are two men vaguely tagging along with a party heading on up to the Oregon wilderness: there’s John Magaro as Cookie Figowitz, a meek and unassuming baker who sticks out like a sore thumb, try as he might, amongst the macho and deeply disturbing John Wayne knockoffs he’s forced to tag along with. The other is Orion Lee as King-Lu, a wannabe businessman on the run from the law and seeking a new venture that’ll finally make him his fortune. The rest of the party is posited as the Wild West as it was: a punch of preening, narcissistic, and unhygienic sacks of ruin with no appreciation for fine dining. If you’d ever gotten a chance to meet a John Ford or Howard Hawks stoic square-jawed hero, they’d probably reek, and DP Christopher Blauvelt films the traditional cowboy types so every speck of dirt and grime and spit is accentuated. All of this to favor our much more soft-spoken and kind heroes, who become fast friends being the only ones left out of this sausage fest.

What they lack in brawn, they more than makeup with brains, and so Cookie and King-Lu combine their talents to try and make their fortunes like all the adventure stories they heard. Their play: to steal milk from the only cow in the area and fashion their stolen goods into their trademark “oily cakes,” to make enough to move to somewhere as mystical and foreboding as San Francisco and open up a hotel/bakery for “regular travelers, at a good price.” No one’s about to argue that Cookie and King-Lu aren’t anything less than completely justified in this victimless crime, as said cow belongs to a nobleman who barely pays attention to her as it is. But even so, one would expect complications to ensue from this madcap scheme, and said complications go to some disturbing places from a film that starts out incredibly wholesome.

A lot of films claim to have captured the essence of a fairy tale or a parable, but only Pan’s Labyrinth could really claim that distinction before. First Cow feels like an American take on Aesop’s fables, but the irony is in the execution. An Aesop favor has a clear black-and-white sense of morality, whereas here, things are complicated considerably. The lesson is not in whether or not stealing is wrong, but in the lesson of how else are you supposed to get ahead in this kind of society when you’ve got barely two coins to rub together? A lesser filmmaker would’ve posited that the nobleman didn’t deserve to be stolen from, but Reichardt knows better. There’s even a conversation before the stealing begins where King-Lu posits that the only way rich people ever got rich was through stealing themselves. To become rich, one must act as if they are rich, and wealth is only gained by thieves. It evens the karmic playing scales a little bit.

This makes First Cow into a very unexpected but very welcome explicit critique of late-stage capitalism through an inverse of the typical stories we’re used to about the American Dream. Work hard and pull yourself up by your bootstraps, go old novels by Charles Dickens, and you will have earned success by a provincial lord deciding you deserve to be given a fortune. Hell, read a story by Roald Dahl and you functionally have the same thing modernized. First Cow seems aware of this narrative and gleefully subverts it at every possible opportunity, even as it serves as an inverse of Western tropes at the exact same time. Cookie and King-Lu are not John Wayne or Clint Eastwood by any means. They’re both incredibly timid and soft-spoken and move in together within the first day they settle in, both of them assuming household chores without complaint in what is probably the movie’s sweetest scene. Ironically, the reason how they go so far without complications is none of the macho wiseasses assuming anyone as un-macho as them would ever dare try something like that, and they play up the community’s perception of them as long as they can.

Reichardt as a director, since she’s also her own editor, lets shots linger on the textures of the world she’s helped to build, lingers on the small heartbreaking moment where a frontiersman in furs and hides gives up his infant child to Cookie without a second thought so he can go off drinking, leaving a total stranger with an abandoned child. It’s a moment so heartless and cruel in contrast to Cookie’s ineffable kindness, but it establishes the tone of the film. Kindness is exclusive only to Cookie and King-Lu, but they are small kindnesses within a deeply cruel and sadistic universe quite similar to our own. There’s very little movement in the camera, lighting and colors are muted with earthy tones, and during a sequence when Cookie falls ill, the edges of the lenses are smeared with Vaseline to create this dreamlike vignette around the frame. It’s small but fascinating choices like this that make it an abundance of riches.

The only knock I can give this film is that its night scenes are so deeply underexposed that even with your monitor or television screen at full brightness, you’ll have some difficulty seeing what’s going on. If those had been handled better, it would be as close to perfect as a film gets.

But even so, it’s a strange film, one that struck my particular tastes but might not for you. It’s my personal favorite of Reichardt’s films after only a single watch, but it’s also a good introduction to her filmography if you’ve never seen anything by her before. 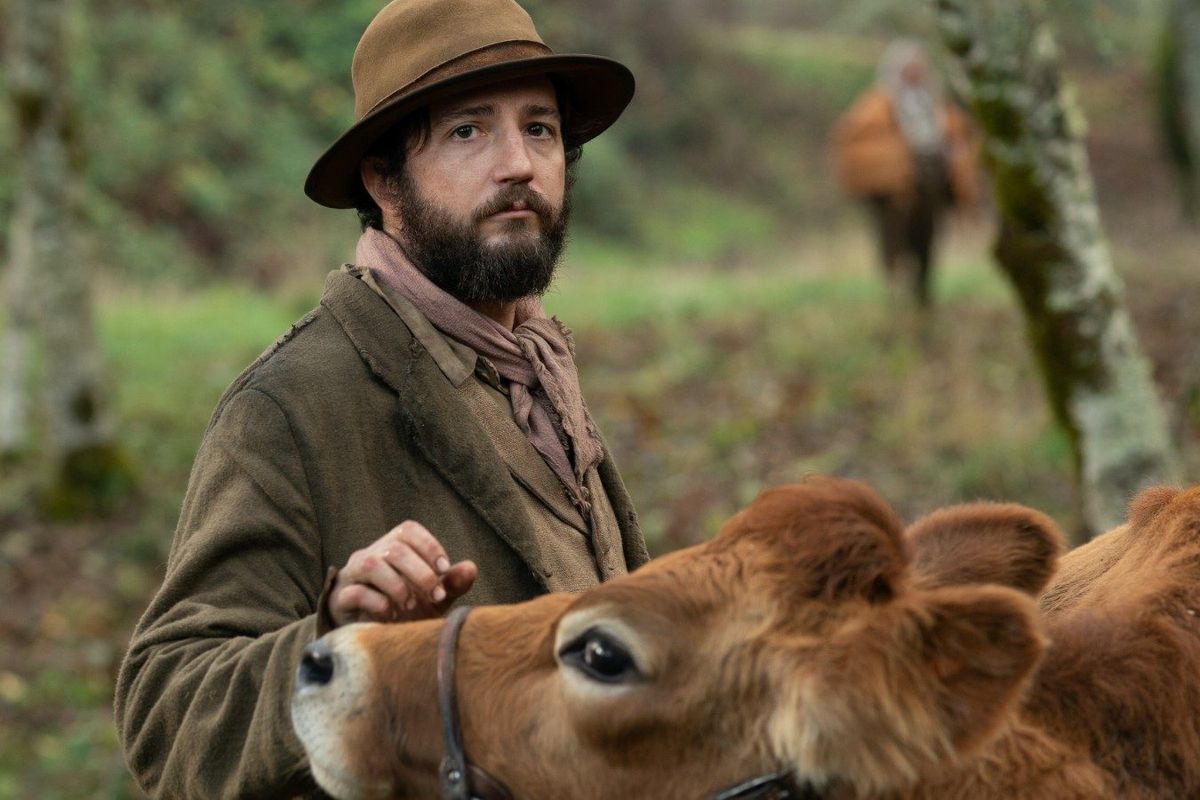