Going into the press screeners from Brave New World, I did not know that this Peacock Original was based on a 1932 dystopian novel of the same name. Similar to George Orwell’s 1984, Brave New World is based in a dystopian future where advanced technology has dictated the social norms of society within a social hierarchy. But what’s shocking about the story, plot, and sheer imagination of it all is that the series is based off of a book in the 1930s. The technology didn’t exist and space travel was not on the radar but yet, the author, Aldous Huxley, was able to imagine this world without the luxury of it existing in his reality. It’s very similar to 1984 in that regard, and completely trips you up once you really think about the context of the time the story was created in.

With all that said, I wasn’t completely sold on Peacock’s take on Brave New World. We’re thrown into the world of New London very abruptly and it’s up to the viewer to sort of piece together what the heck is going on. What we do get is that this world is heavily reliant on their version of “personal freedom” with emphasis on no privacy, no monogamy, and a “happy pill” that residents can take to perpetually remain in a bubble of happiness. Oh, and they’re environmentally engineered so the idea of giving birth is absolutely foreign to them. I have so much I want to reveal to you guys but will hold back because–spoilers. But New London is certainly going to have you questioning mankind’s propensity to think on such a grand scale.

However, the story isn’t based entirely in the world of New London, instead, it spans back and forth between there and this land people once knew as America. This version of America is meant to portray everything that went wrong with the land, and is a pilgrimage that New London residents make to check out how the “savages” live. What caught me off guard is the very thing the New Londoners come to see, are things that are the very fabric of our current reality. If you’ve ever wondered what Black Friday might look like to someone who has never heard of the concept–Brave New World will help you visualize it, in the most barbaric way possible. Side note: Is that how we really look? If so, yikes.

Brave New World boasts a stellar cast, that unfortunately, doesn’t help elevate the story to a level that really keeps the audience engaged. It’s got Demi Moore, Jessica Brown Findlay, Harry Lloyd, Alden Ehrenreich, Joseph Morgan, amongst many more. Despite having all these folks, there is something about missing from the series. Perhaps its the fact that its story is something that has been done before. The idea of social hierarchy, an unknown A.I. being that rules its world and its inhabitants, and a horrifying insight into what America is and could become. We’ve definitely seen it all before, and at times, it feels like bits and pieces taken out of multiple dystopian stories. Hunger Games meets 1984 meets Divergent meets every other dystopian story.

Don’t get me wrong, it certainly has its moments as the story develops, but its tendency to get too dramatic and over-the-top outweighs everything else. And unlike other shows, Brave New World doesn’t exactly build up to some big reveal or shocking revelation about why the world is the way it is. Nonetheless, it has some entertainment/comedic value, and as I said before, if you ever want to get a glimpse of the apparent savagery that is Black Friday shopping–you should see it through the lens of Brave New World. You just may never shop again.

I give Brave New World a C+. 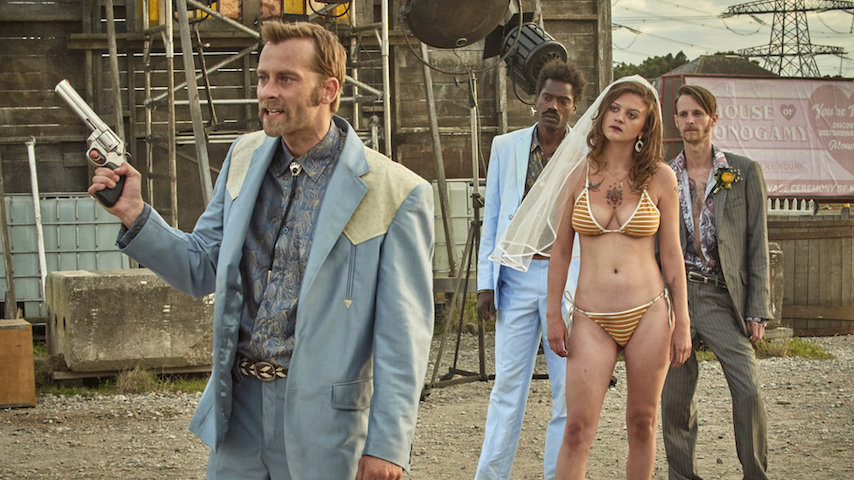