All Together Now hits Netflix on August 28.

If you’re looking for a high school flick, you could do much worse than All Together Now. It’s a heartfelt and optimistic film that’s anchored by a great leading performance from Auli’i Cravalho (aka Moana). As the country is going back to school this month, this is a fitting release window for the film.

Seriously, Cravalho makes this movie. From the first scene, she is super likable and lights up the screen. Her character Alice is a teen hiding a secret from her friends – she and her mother are homeless. The first acts offer a really compelling start, highlighting Alice’s personal struggles but also her easygoing going relationship with her diverse squad. About halfway through the runtime, there’s a heartbreaking and unexpected twist that really alters the story’s course. I know this is based on a young adult novel, but I was unsatisfied with the direction the plot traveled.

The supporting cast is serviceable, most of all Fred Armisen and Carol Burnett as adult characters who make the most of their scenes. Both roles are basically glorified cameos, but it’s fun to see them nonetheless. Brunett’s role is reminiscent of the old age home trope many Netflix original movies seem to use nowadays. In recent months, To All the Boys: P.S. I Love You, Work It, and All Together Now have featured senior guardian angel figures mentoring teens.

In sum, the movie’s strong start ending falling flat. However, Auli’i Cravalho does sing in this movie. So if that’s something you’re interested in (and you should be interested) check All Together Now out this weekend.

I give All Together Now a B-. 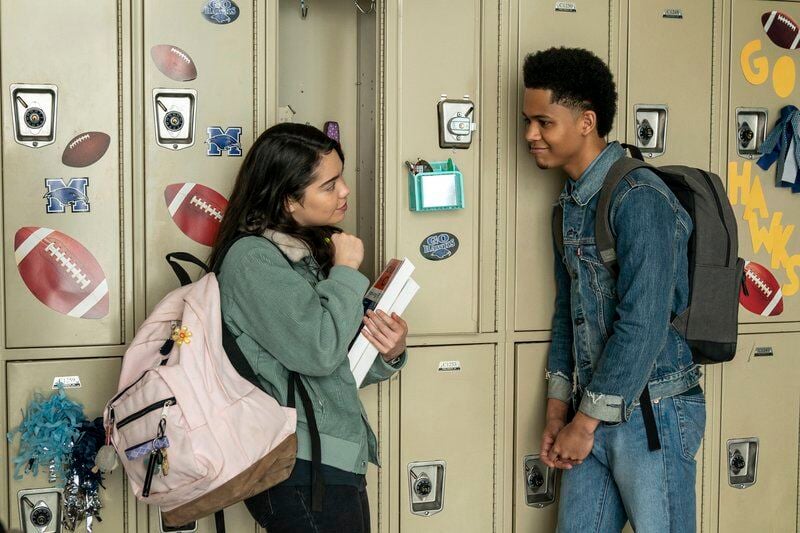